The #ASKotec is designed to work as a mobile training set, it is equipped with the items to teach others how to use Open Tech, IT and Open Source Hardware to innovate, educate, and repair items, thus making access also to vital media literacy skills and knowledge.

r0g_agency for open culture and critical transformation developed two of these kits for use in #defyhatenow to empower #Cameroonian Youths with skills and access to knowledge.

#ASKotec stands for Access to Skills and Knowledge Open Tech Emergency Case. It was introduced in Cameroon by #ASKotec trainers from South Sudan, Maliamungu Richard, and John Bior Ajang Garang. 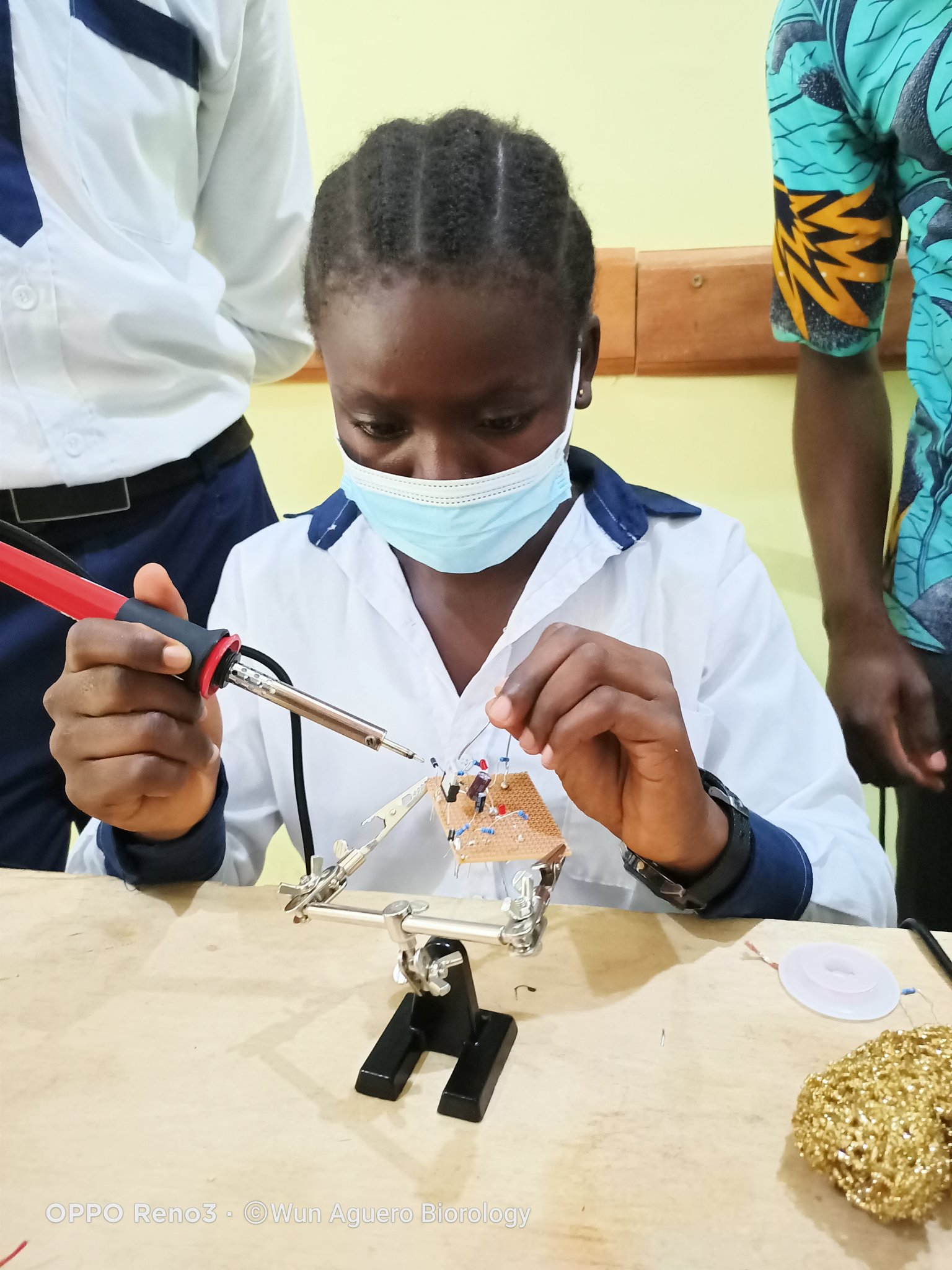 A participant soldering on a circuit board to create a solar charger.

Day one started in Douala on the 11th November 2021 at Unity Bilingual College Bonaberi. The event started with a welcome speech from #defyhatenow‘s Project Associate of Research and Administration, Kinang Derick Fai to the 18 participants. He told them one of #defyhatenow‘s initiatives in Cameroon is to empower youths, educate them and work with youth-led organizations so that they can contribute to #peacebuilding. He told them the training #defyhatenow offers them, is for them to use and contribute in bringing #peace, teaching others what they have learned, contributing to the growth of the country and the training was going to help them become self-employed.

Bior and Richard introduced themselves to the participants encouraged them by letting them know that they were once like them and today, they are traveling over the world to train others. They said they know there are Cameroonians who can do that, but #defyhatenow wants people to network with others from different parts of the world.

The participants were of different backgrounds as per tech knowledge. Some were high school students both arts and science, others IDPs from the North West and South West Regions of Cameroon who had little experience with tech, while others were computer hardware/software engineers and cyber security consultants.

Day two started with participants giving their feedback on day 1. All the participants were overwhelmed and expressed their gratitude to #defyhatenow. They were eager to enter the day’s work. Some said they knew nothing about technology but now they had an idea and are happy they could try to build a solar panel. Right after, they went into their practical work. Day one’s work was revised and got to day two’s work which was to build a 5V solar charger. Later that day, they got to do the software part, to see the content of the computer and know-how to install apps, see the apps that had already been installed and be able to see some of the hardware content of the kid on the laptop. 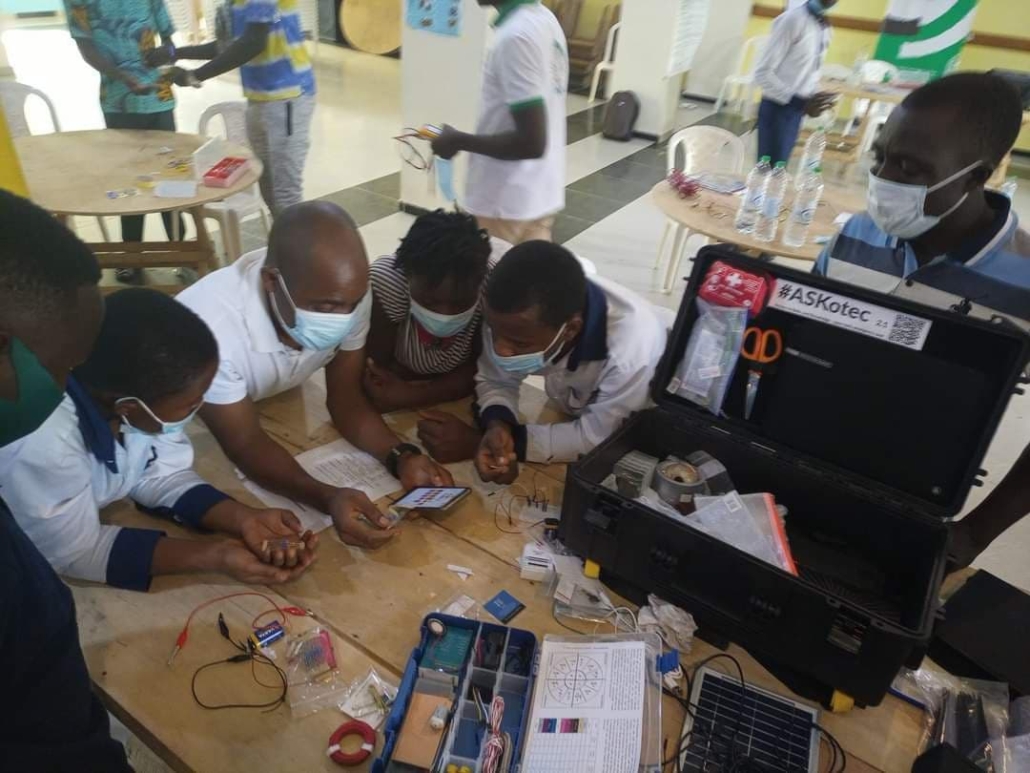 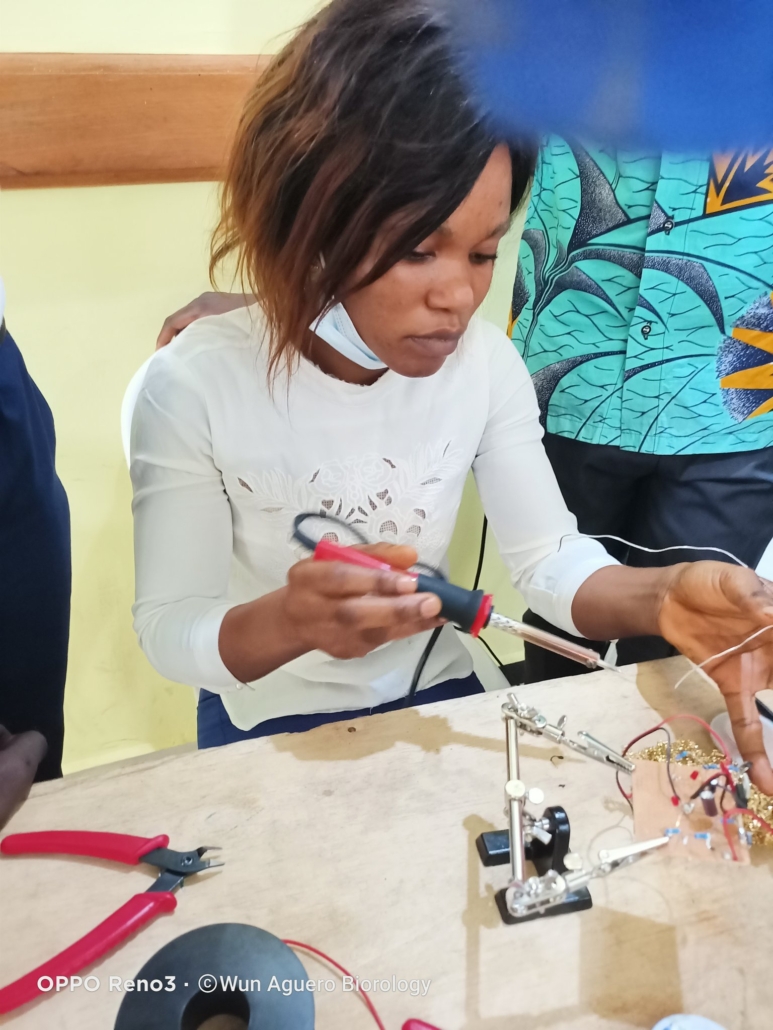 The participants were given the opportunity to build a solar charger on their own that will be achieved. They did and were happy with their work. The training ended with a family picture. Most of the participants expressed their desire of having access to the kit, said that kit was very important and useful to them. #defyhatenow team told them they could access the kit whenever they want to train others and share the knowledge they learned, they could present their project and if it is within #defyhatenow‘s mandate, they will have the kit for free and bring it back in good shape.

The participants went home happy and all thanking #defyhatenow for permitting them to learn, and acquire such skills. They promised to practice and asked for more of such training.