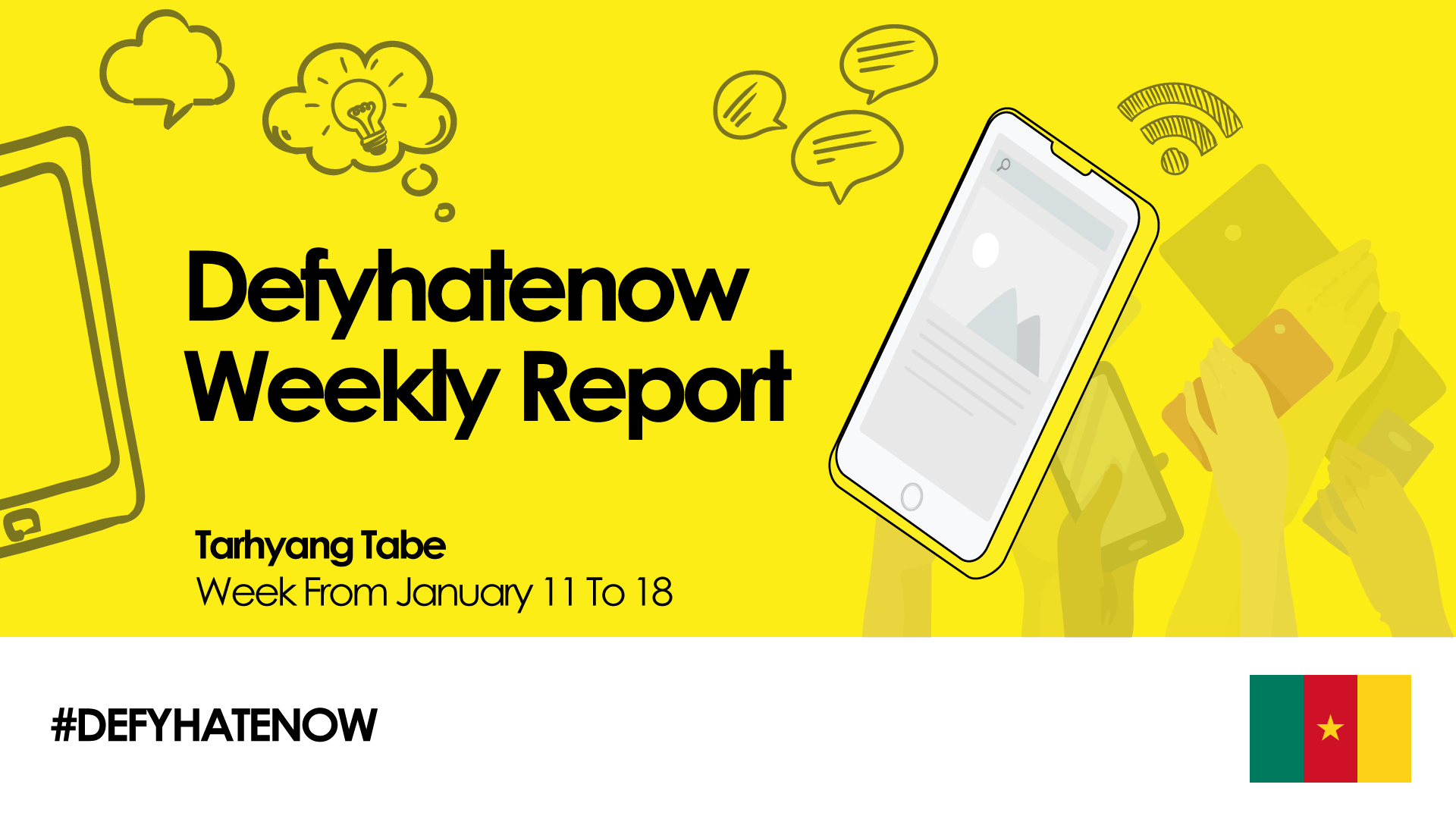 This week has been characterized by a good number of Fake News, Disinformation, Hate Speech as well as attacks on persons with a lot of following. As far as the Anglophone Crisis is concerned, there has been a bitter exchange of social media platforms between pro and Anti separatists factions. Pro United Cameroon groups like MKPD have been doing all to counter-narratives of Separatists groups.

Another trending issue that took the social media by storm this week is the happenings in some colleges and high schools in the country.

While many stories were being recounted, the minister of Secondary Education made a balance intervention blaming both students and teachers and condemning such acts, however, agents of disinformation and hate were quick to pick up a part of it and shared on social media, saying the Minister took sides with the student who killed the teacher.

For this week, these elements will constitute the base of fact-checking a case of disinformation and a case of Fake News.

We open this report with a post by a post which was shared to BASS Brigade Anti Sardinad by a Facebook user. The post shows pictures of young men in a truck with hands tied behind their backs and a Gendarmerie Pick up at the corner.

The author titles the post, “The Life of an Anglophone in Biya’s Cameroon” and goes further to explain that these are images are those of Anglophone innocent civilians being manhandled by security officers at an identification control post in Limbe. To add fuel to the fire, the author says being silent about such happenings is being part of the situation.

Meanwhile, another post that was made the same day by another Facebook page, MKPD shared the same images, this time adding pictures of bullets and other dangerous items found with those arrested.

According to MKPD, the images were those of traffickers of bullets from neighbouring Nigeria intercepted by the Gendarmerie.

Because of the presence of these two different stories with a similar picture, it was worth the salt to dig into the matter to see which version was fake and which was real.

Our source is The Limbe Gendarmerie Brigade where our findings confirmed that actually the picture was that of traffickers and not innocent civilians being tortured as BAS, Brigade Anti Sardirnad Facebook post shared by the Facebook user indicated.

The Chef De Poste at the Limbe Gendarmerie Brigade whose name we got as Abomo confirmed that they were traffickers and of bullets and other food items from Nigeria.

We were informed at the level of Company Commander’s Office that those arrested alongside with what was taken from them have been transferred to Buea under custody and investigations.

Hence, the post by BAS Anti Sardinard was fake news, with the intention of hurting Anglophones and continues its Anti Biya Agenda.

Our second focus of the week is on disinformation which has a hate agenda by the author. The recent case of the stabbing of a School Teacher in Nkolbison, Yaounde was received with shock by all and sundry. This pushed the Minister of Secondary Education, Dr Nalova Lyonga to make a stopover at the school for situational analysis. After making her remarks, a post on a popular Social Media Forum, Cameroon Vision, insinuated that the Minister has taken sides with the Student who stabbed the Teacher.

The Post read, “The Minister of Secondary Education Dr Nalova Lyongahas blamed a Mathematics Teacher for not reporting a delinquency case to the administration but chose to fight back at a Form 3 student.” Reactions which followed were abusive to the Minister as well as to Francophones as one commentator puts it that “…..These dangerous and disgraceful manners are coming from East Cameroun”, hence Francophones are more prone to such violence and actions.

Our source for the fact-checking of the information above is the actual and full interview of the Minister of Secondary Education, here attached. In the over 4 Minutes Interview, the Minister did not take side with the student not the administrative and teaching staff of the school. Rather she blamed both sides in the matter.

An excerpt of the Minister’s Interview begins by stating that investigations have been opened and went further to law the first blame on the parents.

“We have a problem everywhere…. This student came to school with a knife; the knife was not in school. He certainly came with the knife from home. When school disciplines students, the parents come and scold the teachers.”

On the part of the teachers, she said “ … the teachers have to make a distinction between a case which is a disciplinary case and one which is a criminal case and be able to report to the special police placed at the schools so they can do their work.

Our conclusion is that the author of the post on Cameron Vision Whatsapp Forum decided to highlight an aspect in the Minister’s interview that favours his agenda and intentionally leaving the other parts where the Minister was cautioning parents and students. This to this fellow is an element of Disinformation with a purpose.

We continue to observe that Facebook Pages which were created purposefully to share their Hate Agenda are still doing so unchecked.

A page such as MKPD has an Anti Ambazonian Agenda and it is doing all to frustrate the actions of Separatists. This is done through propaganda, which of course happens on both sides; hence we must be vigilant when we see information from such sites or pages.

The same applies to a page like, We Love Ambazonia which is also a propaganda page used by separatist fighters.

As the timetable for campaigns draws near, we remain watchful in pages, forums groups that have political and ethnic characteristics from creating, there will definitely be some serious hate, disinformation and fake news there.