Blog - Latest News
You are here: Home1 / Uncategorized2 / DEFY the Film has received 5 awards at the Juba Film Festival this yea... 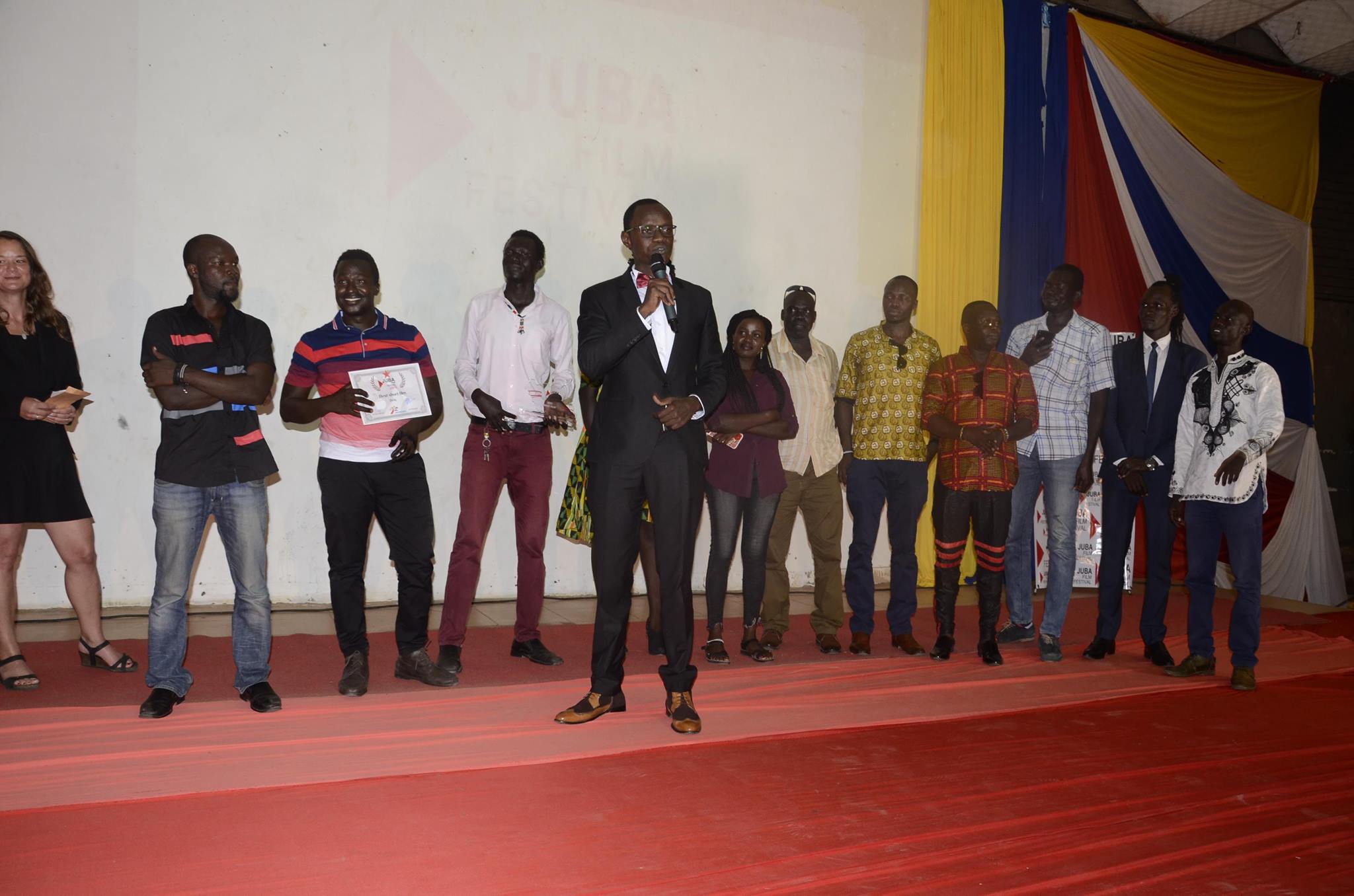 Approaching the End of the Year 2018 WE ARE VERY PROUD TO ANNOUNCE that DEFY the Film has received 5 awards at the Juba Film Festival this year.
Our thanks and congratulations go to the whole team.
1. best short film
2. best director (Egily Hakim Egily)
3. best supporting actor (Silvano Yokwe)
4. best supporting actress
5. best sound

Combating Hate Speech through the Arts
DEFY – a short film produced through the #defyhatenow initiative on the perils of social media misuse.
DEFY tells the story of the fictional senior politician Honorable David’s newfound passion for social media and the risks that come with using these platforms to spread propaganda andrumors.
The film shows an extreme yet potential example of how the misuse of social media can go
spectacularly awry, indicating that hate speech has no place in our political life, our neighborhoods and workplaces. The film aims to raise awareness and facilitate dialogue about how we can work together in our communities to address these risks and mitigate further incitement to violence arising through online hate speech.
Starring Silvano Yokwe, Doker Stephen, Winnie Joseph, Nicole Mariam
Produced by SKP South Sudan and Bilpam Studios with support by r0g_agency
Directed by Egily Hakim Egily
Written by Sam Lukudu

DEFY the Film receives 5 awards at the Juba Film Festival this year.