You are here: Home1 / #defyhatenow_Ethiopia

#defyhatenow Ethiopia is a hate speech mitigation intervention in Benishangul-Gumz region designed to  enable the establishment of community based peace-building initiatives to combat online hate speech and mitigate incitement to offline violence. In a context of inter-communal tension, lack of concerted peacebuilding efforts or consequent sustainable development strategies in this region of Ethiopia bordering Sudan, social media platforms are being used by numerous groups and individuals, including diaspora citizens abroad, to exacerbate long-simmering conflict. The spread of hate speech and incitement to violence in social media leads to attacks and violent clashes between ethnic, social or religious communities.

The strategic use of social media and a trained understanding of its mechanisms can help respond to and counter ‘fake news’, online threats and incitement to violence. Platforms including, but not limited to Facebook, Twitter, WhatsApp and Instagram, as well as collaborative open knowledge resources such as Wikipedia, can play an important role in mobilizing citizens in strengthening education and self-reliance, rather than leaving these spaces open to agents of conflict. 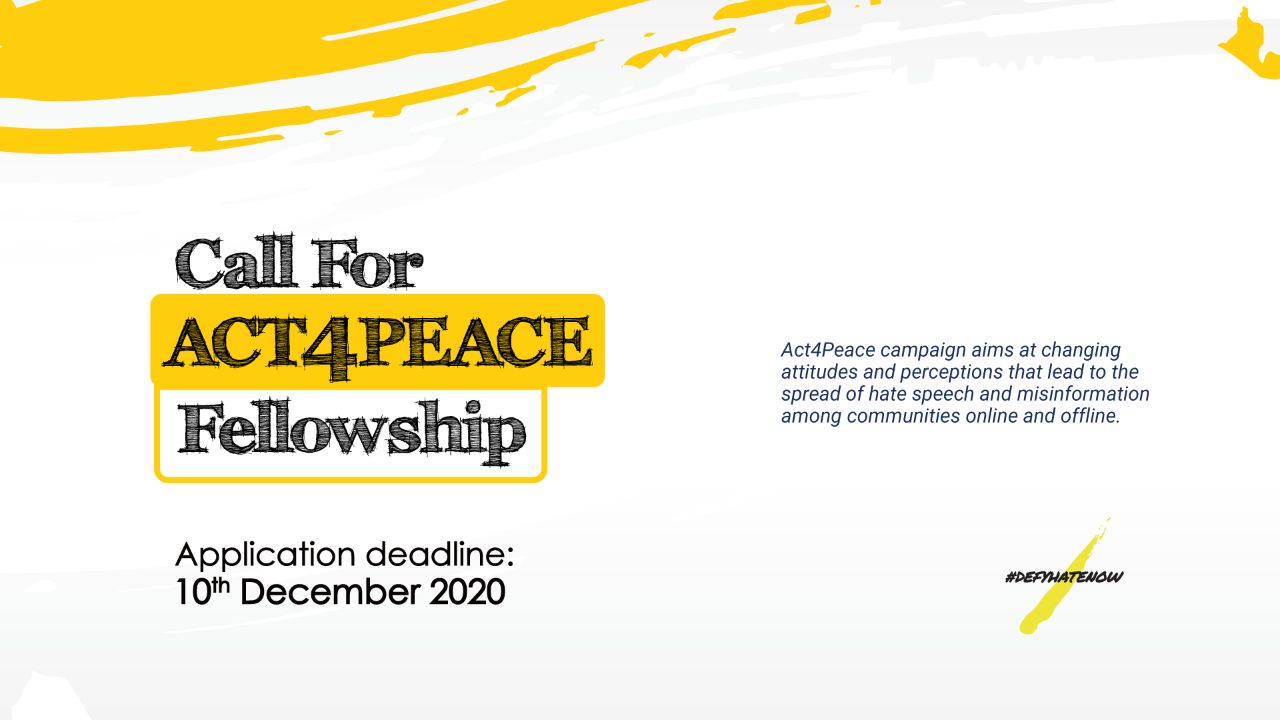 #defyhatenow is launching a call for applications for all CSO in Ethiopia interested in being part of the Act4Peace campaign aimed at changing attitudes and perceptions that lead to the spread of hate speech and misinformation among communities online and offline.