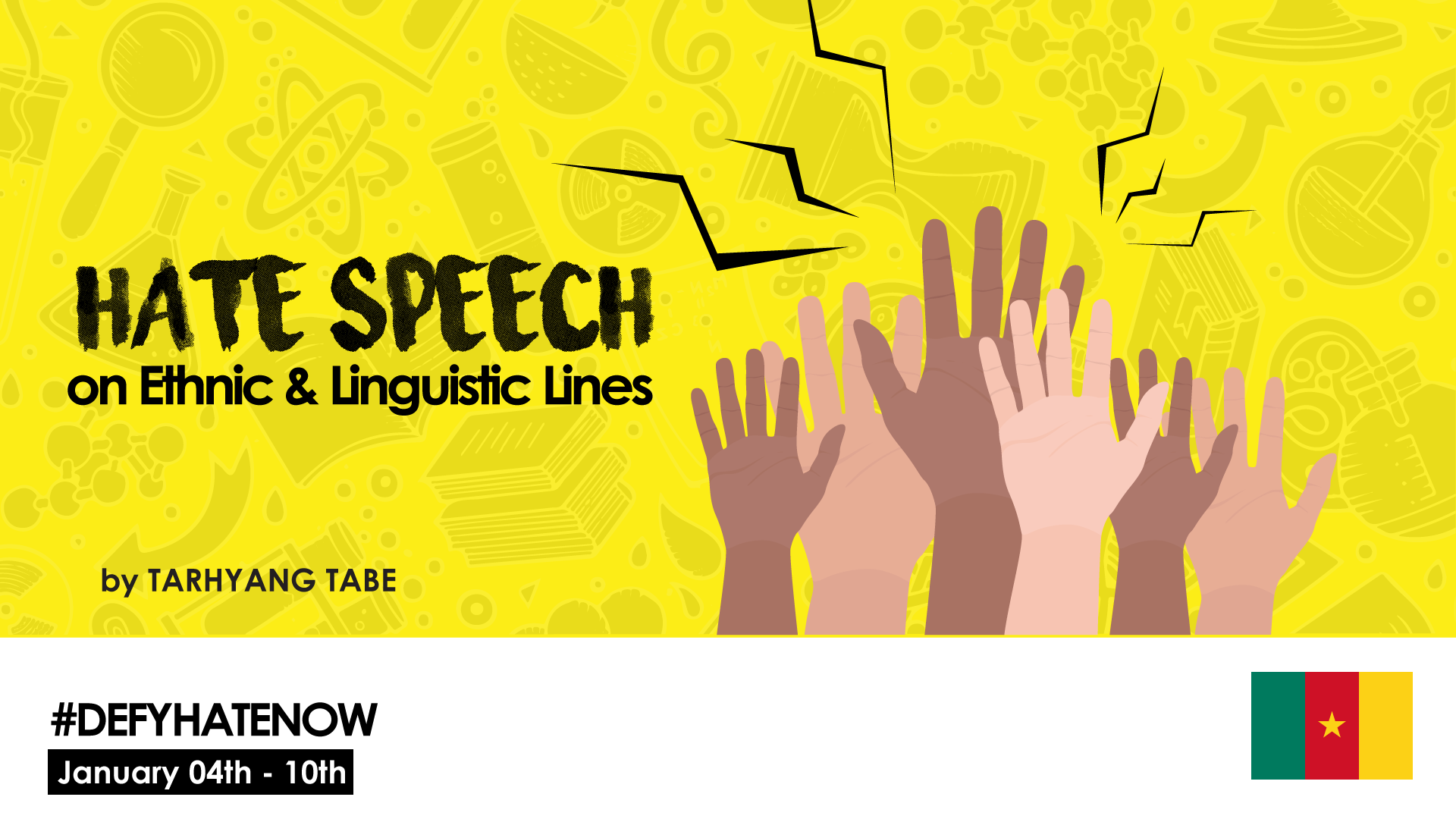 The year 2020 has opened with hate speech of various forms and magnitudes being observed online. Being the beginning of an Election year in Cameroon, one is likely to encounter fake news and Propaganda as well as Hate Speech on tribal, ethnic and linguistic lines. We have also taken note of the rise in the attacks on Media organs which is a characteristic typically set up during an election year. The reasons for all of these are related to the fact that separatist’s fighters are doing everything possible to disturb elections in the English Parts of Cameroon. Hence provocation and propaganda that will promote hate and incite violence is a practical tool. These situations will constitute the core elements of what we could gather this week as far as hate speech and Fake news are concerned.

One Facebook user, in a profile which we strongly suspect to be a fake account, created an inflammatory and hate oriented post on her wall which was shared on We Love Ambazonia’s Facebook page. In much as the Facebook user who originally made the post is not a popular figure, the We Love Ambazonia Facebook page is one followed by many people with separatist’s orientation. In her posts, the user in her post called on the separatists’ fighters to target only Francophone citizens living in the Northwest Region.“Turn your guns to French Cameroon citizens and kill them” the post reads, in part. There is also a request for corpses of the Francophone killed to be sent to her for publication, all of which constitutes hate speech on ethnic grounds. The original post can be found on the link below:

A recent dimension of Fake News is the falsification of front pages of popular newspapers and making it viral on all online platforms. This week the Guardian Post Newspaper front pages have suffered from Fake News creators. A headline suggesting that Ambazonian fighters have killed 159 foreign soldiers was posted by Amba News Facebook page and shared on Breaking News Cameroon Facebook page which has a lot of following. However, fact-checking with the Editorial Team of the Guardian post produced different results. The original publication that came out the day the Fake one was released and shared is headlined, “Diplomats Hail Biya, nail Amba Fighters over armed conflict in NW, SW.” The original publication can be seen below:

A similar  fake front page which also circulated on popular Whatsapp groups such as Cameroon Vision 2020 is headlined, “General Claude Meka Wanted by The FBI dead or Alive for Atrocities and death of over 12,000 Anglophones.”

This was shared in Cameroon Vision Whatsapp forum a group made up of 173 people from different walks of life.

The Managing Editor of the Guardian Post, Solomon Tembang, equally refused ever publishing such information and termed it Fake News.

With elections around the corner and with calls by separatist’s fighters for a boycott of the elections, there is bound to be a series of Hate Speech and Fake News online and might sometimes cross over offline. As such, Facebook accounts which clearly show a notion of hate and appear to be fake just from their appearance will have to be monitored closely and reported.