When it comes to any facet of technology, the choice of tools and platforms can greatly influence usability, the ability to share, ownership and the protection of privacy. Open technology means enabling users to have flexibility, knowledge and confidence to make technology investments, and the ability to extend and enhance software to meet their needs. This leads to access to a wider variety of apps, tools and developers to work on their platform. Some advantages of using open technology include lower development and maintenance costs, increased security, higher quality, more flexibility in terms of vendors used, opportunities for accelerating innovation, and working off of a single interface with other developers thereby creating a standard.

Open Technology can be applied to develop open-source software, open standards, and open hardware. Software is open-source if its source code is available to the general public without restrictions that limit studying it, changing it, or improving upon it. The codebase and all development—from setting a roadmap to building new features, fixing bugs, and writing documentation—is done in public.

Open hardware, or open-source hardware, refers to the design specifications of a physical object which are licensed in such a way that said the object could be studied, modified, created, and distributed by anyone. It can refer to any number of objects—like automobiles, chairs, computers, robots, or even houses.

This technology has helped thousands of developers across the globe to build reliable products. Still, there is an emerging group of people that open technology is serving – those who do not possess the skills and literacy necessary to access the many services available in today’s digital world and to fully participate in knowledge societies. Digital solutions can be designed to be more inclusive and enable these individuals to develop the skills needed to utilise digital opportunities on offer.

In an analysis of seven major publications in recent years, Schmida and colleagues (2017) found consensus regarding the principal barriers to increasing digital inclusion, which are:

In response to this, organisations all over the world have taken advantage of open-technology to provide low-cost skill acquisition and education. One such example is #ASKnet (Access to Skills and Knowledge Network), an initiative by the r0g Agency. This is a capacity building and hub development program linking six community based youth-led innovation hubs in South Sudan, Uganda and Kenya. 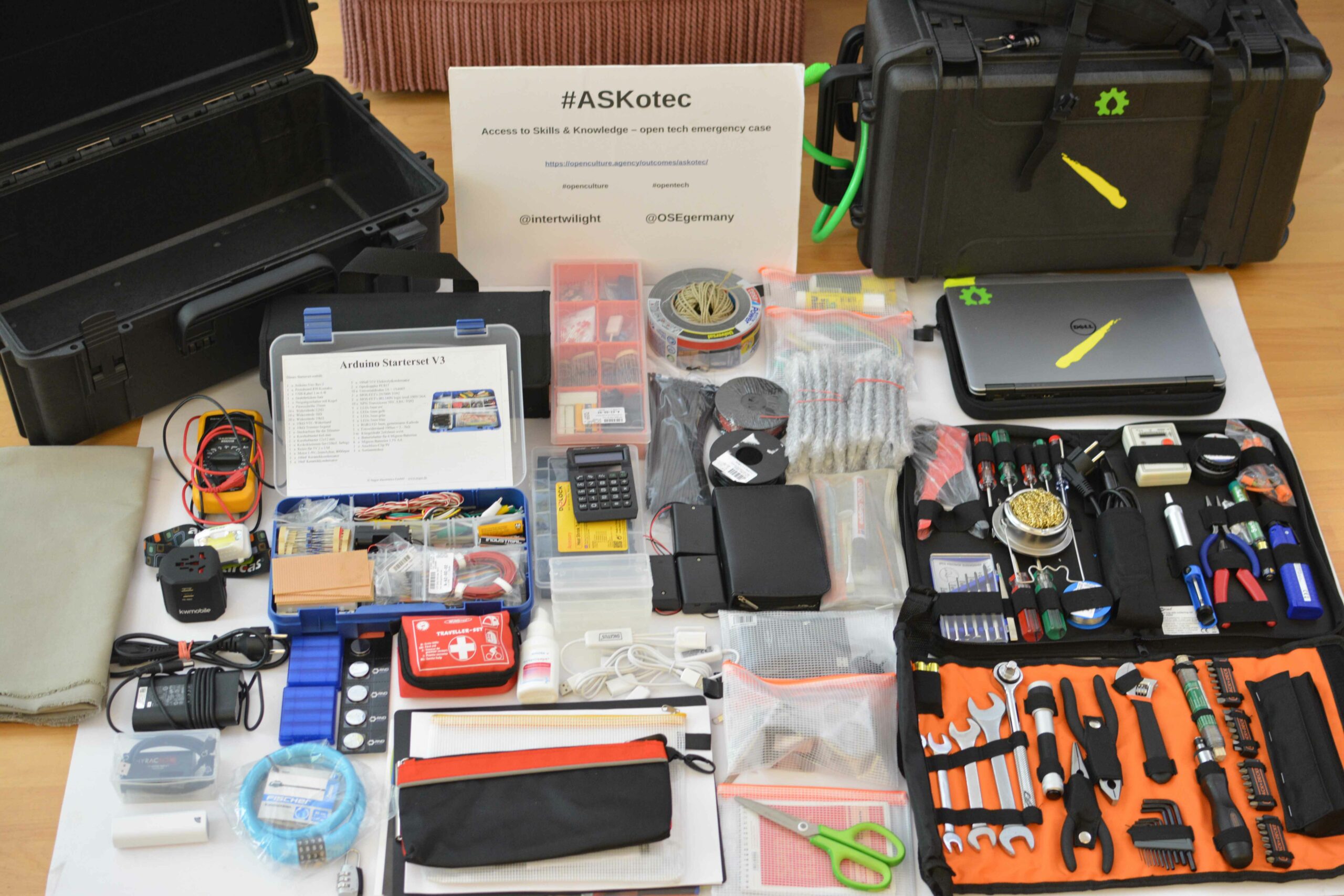 Open technology can also be applied to education in low-income communities, as most of the public schools depend on outdated technology and inadequate teaching materials. These schools persist in buying and re-buying proprietary learning resources that are unalterable and quite costly, and in some cases, the prohibitive costs mean students have to share learning material which is not ideal. An affordable solution would be Open Education Resource (OER) which provides free/cost-friendly access to curricula, textbooks, self-directed learning material and end-to-end instructional facility including other benefits too.

But open-technology is not just used in the marketplace or to level the field for people of lower incomes; it also serves a social purpose; it can be used to address specific challenges communities are facing and transform cultural patterns that fuel conflict and inequality. On open-source web platforms for web publishing, members develop shared ideologies; they react to other members’ behaviour and inculcate beliefs, values, and norms from each other into their view of themselves, which is then projected to others as the platform is available to the public.

In areas where there is conflict, new tools for monitoring violence, sustaining dialogue during peace processes, and localising peacebuilding efforts have emerged in recent years as access to mobile phones and the internet has increased worldwide. The outreach of these tools goes well beyond the conflict resolution expert circle, enabling people around the globe to share first-hand witness reports of violence, social unrest, human rights infringements, election fraud, political instability, etc. and become agents of change within their communities. This rapid response collaborative approach is known as ‘crowdsourcing’. In early 2008, amid post-election violence, Kenyans for the first time used the Ushahidi open-source platform to collect, visualise and interactively map eyewitness accounts of violence.

The Syria Tracker Crisis Map is another impressive crowdsourcing effort launched shortly after the protests began, in April 2011, to collect citizen reports on human rights violations and casualties. Early warning is critical for early response, and conflict monitoring for real-time awareness can help inform appropriate and timely interventions.


Technologies are not neutral; much depends on the governance mechanisms in place that allow for (or hinder) the widespread use and diffusion of technologies. New technologies have great potential but do not necessarily always result in positive change. There is a great potential to explore further how open technology can best be utilised as a crucial transformative tool for enhancing sustainable human development, including the prevention of violent conflict.