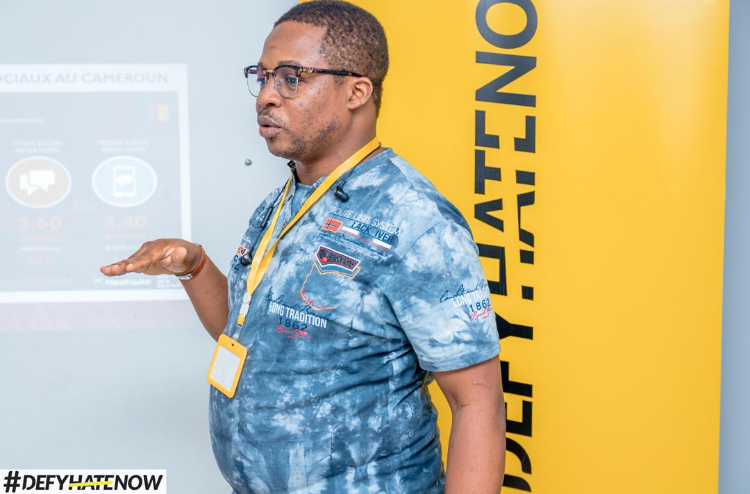 Paul-Joel Kamtchang, is a Cameroonian Data and Datactivist, 38 years old from
Bayangam in western Cameroon. For nearly 3 years, he has benefited from a grant
from CFI, the media operator of the French Ministry of Europe and international
development for a specialization in open data and the manipulation of the most
powerful tools of management and management. data analysis. This scholarship,
which made her participate in class and academy masters, notably at the New
Journalism School in Paris, Tbilisi, Georgia, Dakar or Abidjan, has changed her
vision of African society.
Digital rights activist, he has collaborated on several projects in this sense,
recognized by Accès Now among digital rights activists in the world in 2017, he
participated in the fight against hate speech online alongside major global players
like Internet Without Borders, Facebook, Internews etc. He has been running
since August 2019 with the support of Africa Check and Osiwa a program on the
fight against fake news in the context of the English-speaking crisis.
An investigative journalist, thanks to his work in the area of corruption, he was
invited four years ago by the President of the National Anti-Corruption Commission
to contribute to the annual report on the fight against corruption. He is Executive
Secretary of ADISI-Cameroon, a civil society organization working in Cameroon on
issues of access to information and openness of data.

Report for the #FactsMatter237 Fellowship