A huge thank you to everyone who took part in the #PeaceJam18 online and in person, with a very special shout-out to the amazing #defyhatenow team! The peace tree in Juba bloomed with the amazing energy of the #PeaceDay, and the concert in Rhino Camp Uganda was incredible.

Below is a brief review of how the day turned out, told through a few words and images from the #PeaceJam posts around the internet

The Nairobi team had discussions with a various panellist on the role of the diaspora communities in peace building in South Sudan. One thing that came out clearly was the fact that this diaspora community can do a lot of contribution on social media by watching what they share online, not living on rumours and not sending out messages of incitement.

The painting above is by Muchy a Kenyan artist. To him, the painting means Birds and many other animals are a sign of peace. The two doves in the painting signify peace. #internationalpeaceday

The training which had an audience of South Sudanese Community leaders from Nairobi, Nakuru and Eldoret were fruitful, with the participants going back with a Field Guide for continuous training within their communities.

The training was centred around comparisons other women who have made a change versus women under the control of patriarchal systems. There were also discussions on the role of women in peacebuilding and an exercise on “the line of discrimination” to remind everyone of their privileges.

At Rhino camp there was a #PeaceJam concert where the song Kifaya Le Mashakil which means “Enough to War” was first performed and everyone in attendance danced and made merry at the concert. The song is to be released later this month, it signifies the feeling of many South Sudanese nationals in the country and throughout the diaspora, working for a peaceful society.

YSAT had a two Hour Live Discussion on Facebook followed by an evening offline discussion and their message focused on how to heal as a country. They had a clear message, “It’s only when we start thinking right, saying no to hatred and focussing on education shall we realise THE COUNTRY WE WANT.  #togetherforpeace

There was a Live stage drama from Pagirinya progressive Secondary School, students here had different messages, which explained what they understood the meaning of peace to be in their own context.

Yirol conducted a community social cohesion event for the celebration of the international day of peace at Yirol eastern lake state. The event was to enhance social cohesion and bridge gaps and improved peaceful co-existence. It was attended by over 3,000 people and state government officials #peacejam18

Juba, South Sudan
Gurei peace tree celebration: The team in Juba jammed for peace at the peace tree at Gurei with messages that were geared towards achieving and maintaining peace in South Sudan and around the world.

Women jamming to peace in Juba at the #peacetree. It’s a real tree, not a proverbial tree.

Juba, South Sudan, Go Girls #Safespaces4learningathome
GoGirls ICT had a one day Workshop of parents and Teachers, followed by a visit to the families.

With a focus on the #InternationalPeaceDay, GoGirls explored peace at the family level. Many different worldviews of peace are based on different family cultures, backgrounds, rules and beliefs. #Family1 views on peace.

Mary who is a gynaecologist with Juba Teaching Hospital also takes care of orphans and children who are dumped or left in the hospital by their parents as her own.

“Being a single mother, she is happy when her children have food, are living happily and continue with their education. And when they fight among themselves, I always sit them down and talk to them. Sometimes, I also control the amount of time and content my children see on television and if they don’t understand, I explain to them” said Mary. 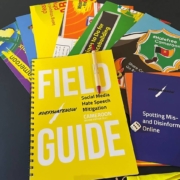