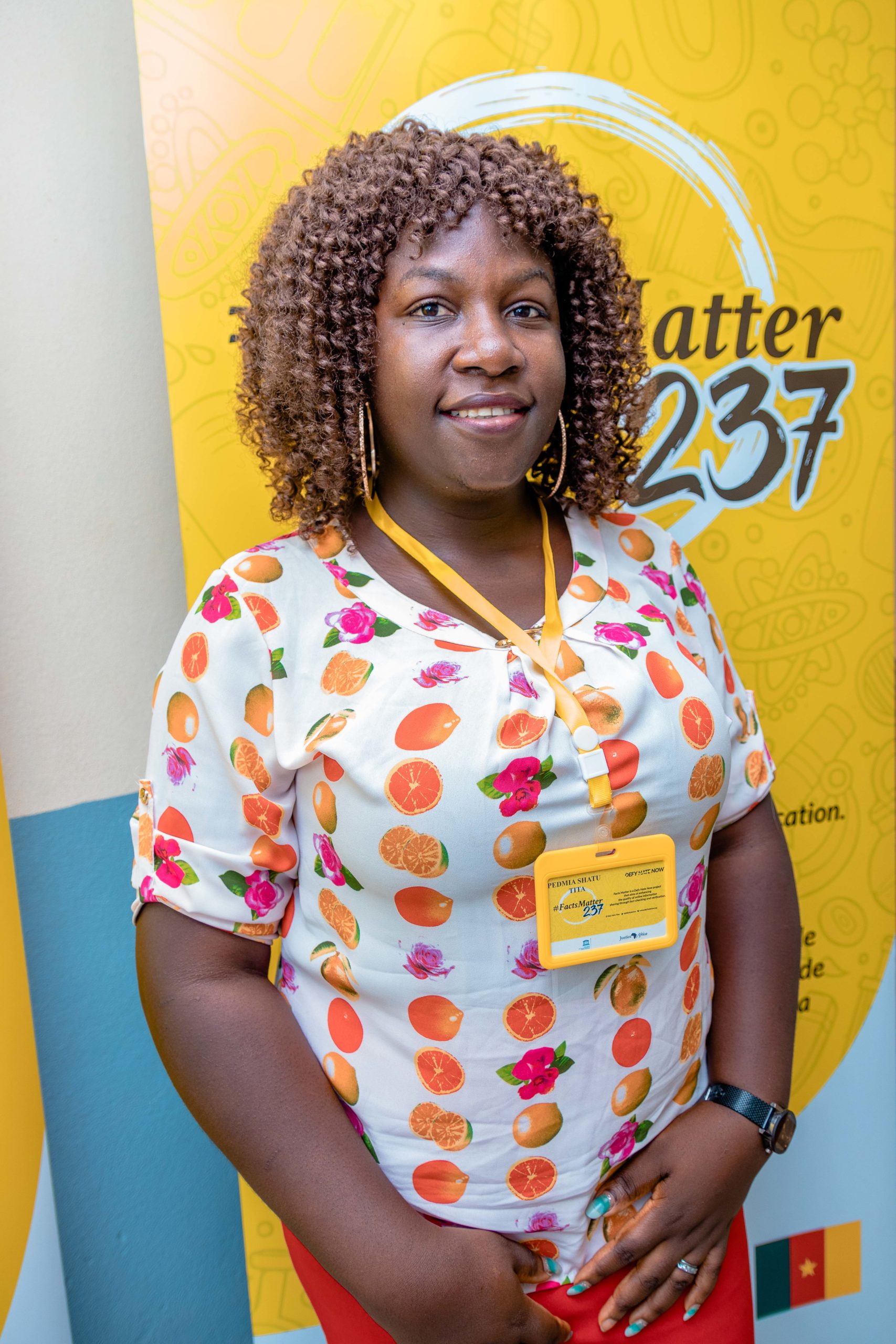 Pedmia Shatu Tita is a Communication expert, Digital Rights activist with high
interest on Gender issues online. She holds a degree in Journalism and Mass
Communication from the University of Buea and has been in service for 9years.
She has served as Northwest Regional Correspondent for Dan Broadcasting
System Television, Spectrum Television and as Chief of Programs /Editor in Chief
at City FM Media Group Bamenda. She remains one of the finest radio host with
an appealing voice Cameroon has had in the private sector.

Pedmia has passion for Human Rights Reporting particularly in the domain of
Digital Rights. She is a member of the Digital Rights Coalition in Cameroon
created in 2017 following the over 93 day’s internet shutdown. She is the Founder
for Global Initiative for Digital Inclusion and Communication where the vision is
to see a safe space online, void of cyber mishap and to bridge the digital divide.
She has attended several Human/Digital Rights trainings in and out of Cameroon.
Pedmia has been able to train youths on peace building initiatives online and
equally organized workshops to drill her colleagues on basic human Rights
Principles, Fake news and Fact-Checking.

Pedmia’s fearless nature in covering the Anglophone crisis has been a great lead to
a success in her carrier. Pedmia is one of the first female journalist to move to one
of the bushes in the Northwest Region and exposed the situation of some internally
displaced which has till today attracted humanitarian response from individuals
and Humanitarian organizations. This and more earned her 2 awards in her years of
practice and several recognitions. In 2017, she was awarded by NDEFCAM Radio
in its media awards as best female crisis reporter of the year. In August 2019, she
was also a recipient of GOCO AWARD 4th Edition, a ceremony organized &
Produced By DAZFOMBI – A Unit Of FOMBILLION.