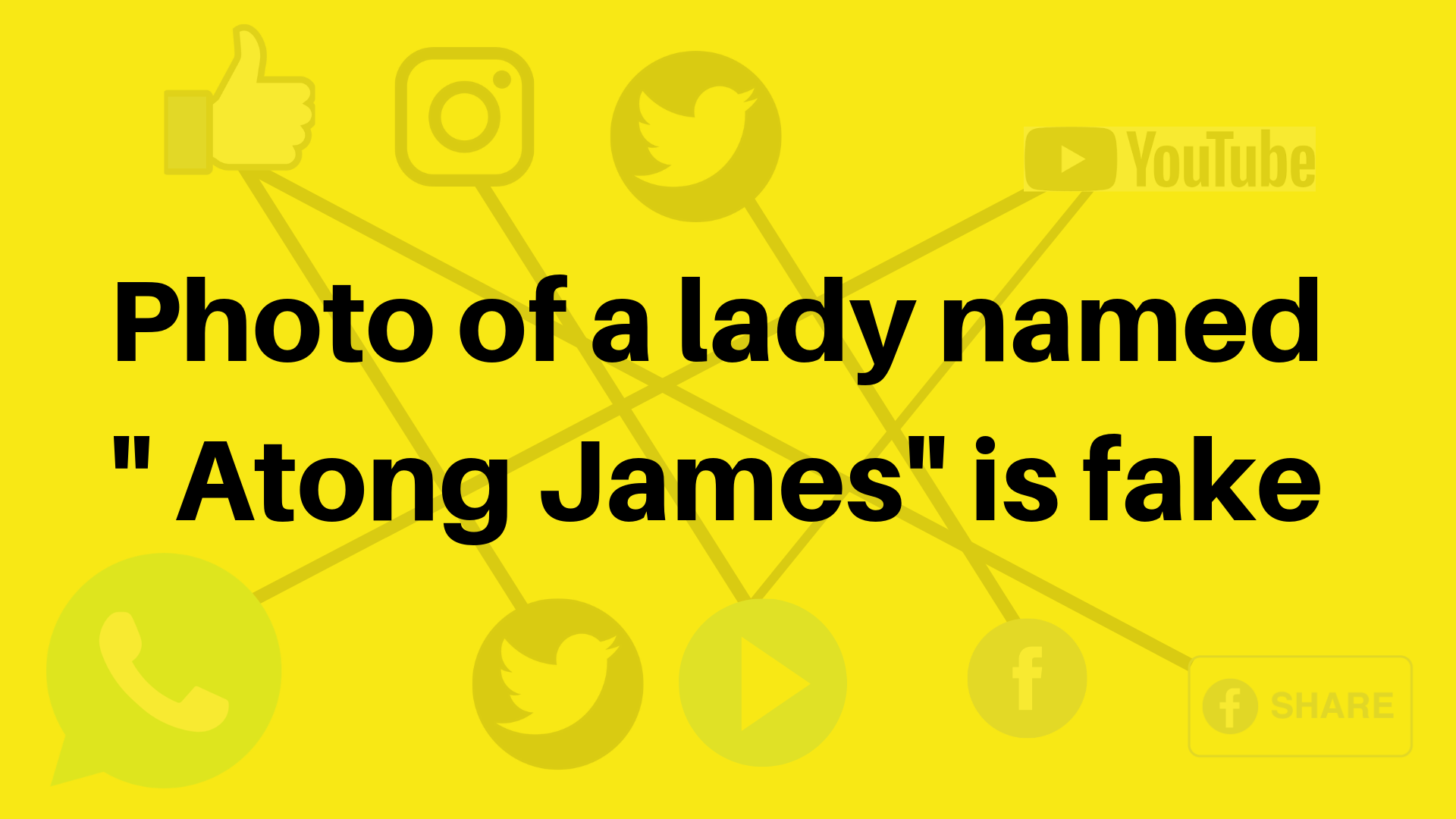 A photo of a student, Evelyn Athieng, in handcuffs, circulated on Facebook and Twitter with the aim of getting the attention of international media and agencies. The captions alleged that a twenty-year-old South Sudanese lady, identified as Atong James, has been arrested by the National Security, on the accusation of supporting the newly formed Red Card Movement (RCM) and died as a result of torture in Juba, South Sudan.

The news was posted by RCM TV Facebook page, Juba TV Facebook page, South Sudan TMZ Facebook page, and shared by some South Sudanese influencers including two prominent politicians; Suzanne Jambo, and Nyarji Roman,  and a  few other individuals.  However, a few days after the circulation of the Facebook post, Juba TV shared a video countering their previous claim by stating that Evelyn Athieng (the lady in the photo) was indeed alive and was not arrested, as was suggested. Hence, Juba TV offered an apology to its followers for sharing the misinformation/inaccurate.

Based on our research into the story, #Defyhatenow organization is pointing out that, while it is true that some security actors in South Sudan have a habit and history of arresting activists and dispersing protesters in the past, this photo has no connection to such incidents.

The photo that has been circulating on Facebook and Twitter is of a South Sudanese refugee, Evelyn Athieng, who is residing in Kakuma camp. The photo of her in handcuffs was taken when she was arrested a few years ago for traveling to Nakuru without proper travel documents. The name Ms. Atong James, that had been used by RCM and many individuals belongs to Athieng’s mother, who is not an activist and is not affiliated with any political movement.

The pivotal question that remains unanswered is; why did so “media houses” and individuals share this news before verifying it?

From our findings, the campaign to associate the photo with the name “Atong James ” has been well-coordinated, deliberate, and planned.

Here is what we have found from data on Facebook posts

4-Apology and retraction of a post by Juba TV

What has been the reaction on Social Media

#defyhatenow reached out to Red Card Movement, who initiated the rumor,  via Facebook for more information on this. Their response was that “We have received mixed information from Juba on the alleged death of Atong James, and we believe that Atong has faced different intimidation for being an outspoken member of RCM”

RCM could not verify the accuracy of the information and the photo and, we did not get clear information from them on whether Atong really exists as a real person or not. Yet they maintained that the claims of the death of Atong were confirmed by a friend in the government.”

We have also spoken to one RCM member who claims that they knew that the post was propaganda, stating that the RCM media team who initiated the post on Facebook are outside the country and might not be aware of what is happening on the ground.

#defyhatenow is neither for nor against the Red Card Movement (RCM). But what we object is the spread of inaccurate information to the public.

This story is of particular interest to us at #defyhatenow as we are always interested in human rights and upholding freedom of expression, owing to the fact that the alleged detention and death of an activist comes close to the organizational objectives.

There are many challenges faced by activists in South Sudan; the threats they face are serious and many struggle with it on a daily basis. In fact, as we share this post, there is an activist who was jailed and many are still campaigning for his release. Making an unsubstantiated story about the death of an activist is both insensitive and reckless because it undermines the stories of people whose lives are in danger, people who continue to face threats due to their activism. In addition, the fact that a picture used in the story is of an innocent girl is something that we strongly condemn.

We urge all actors to work on ensuring that their public platforms are used to create trust and share accurate and truthful information. We should not attempt to use illegitimate me.