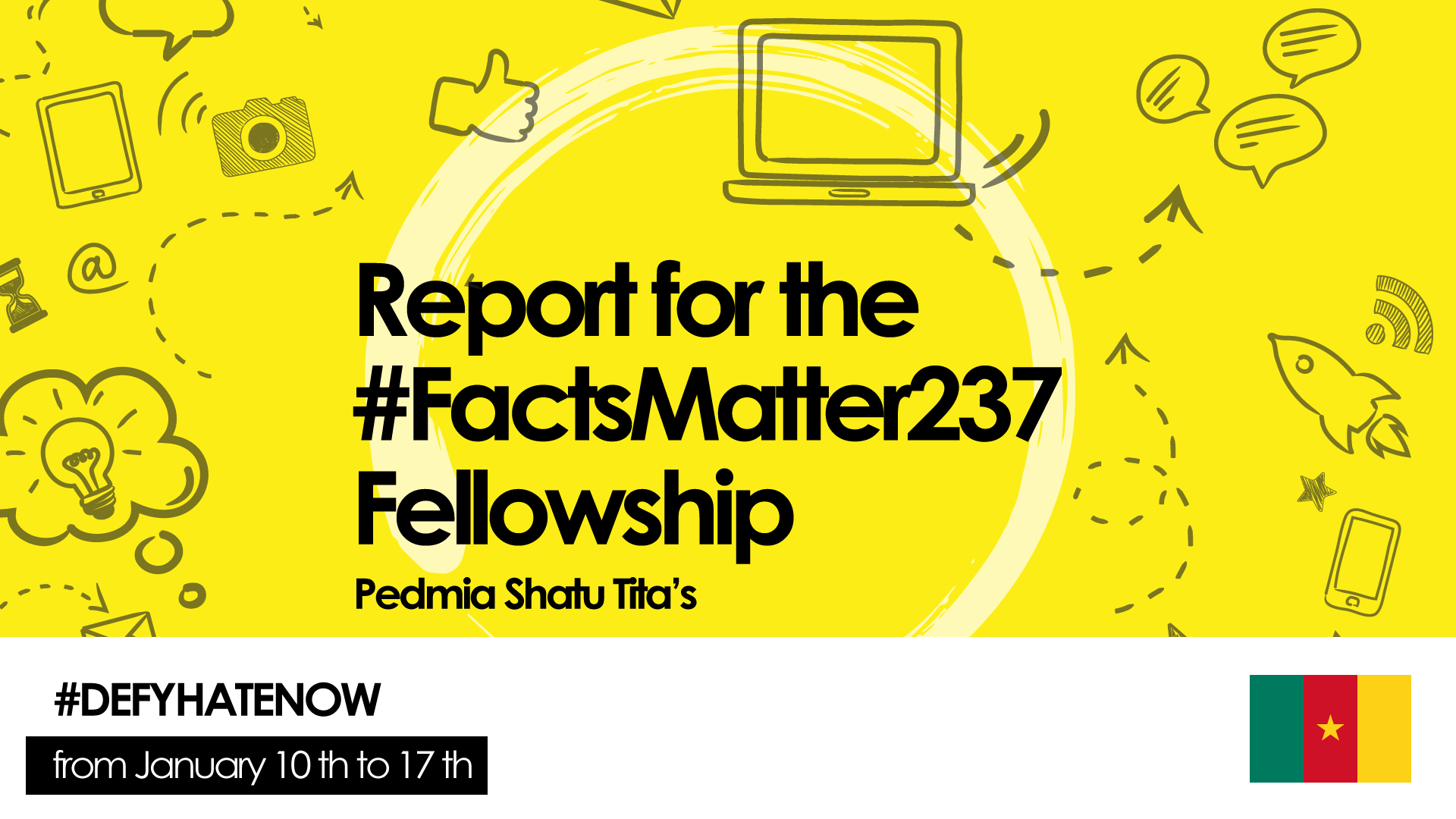 This week’s monitoring of social media handles and groups revealed that the attacks that some individuals launched online centred on language and politics. There has been a great rise in fake news and hate speech as the twin elections for February 9th approach. Correspondingly, activists loyal to the Anglophone struggle, have been invested in efforts aimed at sabotaging the upcoming elections. There has been a call from the leaders of the Anglophone crisis, especially those in the diaspora, for a lockdown from February 7 to 12 which has raised a lot of dust. The upcoming elections have been the source of numerous fake news stories as well as attacks both online and offline. For instance, the leading opposition party of Cameron the Social Democratic Front (SDF) has received numerous bullets and there have been false claims of its chairman seeking asylum. Similarly, part of the residence of an SDF Honourable Member of Parliament for Tubah/Bafut was set ablaze. In a short amateur video, which circulated on some social media platforms, the voices of those behind the camera said they are Ambazonian fighters and they asked the Honourable member to withdraw from parliament or any election. They went on to threaten that the failure of the honourable member would prompt them to burn down the main building. They indicated that they had intentionally only burnt down the boys quarter as a warning.

The week has also witnessed an attack on language following an incident on the 15th of January of a student who stabbed a teacher to death with a compass. This brought a wide range of condemnation by social media users with a focus on Francophones. More can be found at the link below

This attack was necessitated by the student in Yaounde who killed a teacher with a compass. Details of the story can be found on the following link to Facebook; https://www.facebook.com/1927380740639827/posts/2898263636884861/. The page has over 131,000 followers which shows the influence that it has as a result of the large following. The story was also shared by an individual Facebook user on the following link; https://m.facebook.com/story.php?story_fbid=3108171065877385&id=100000535660070. These pages shared the story and the comments were full of hate and attacks on language and ethnic groups. The screenshots below are some examples:

The leading Opposition party has undergone severe threats since February 9th was pronounced as the date for the twin elections in Cameroon. Many activists have taken their turns online to castigate the party and its militants. The chairman of the Social Democratic Front Ni John Fru Ndi has not been left out. His recent trip out of Cameroon has kept many tongues wagging. One infamous Facebook user wrote on his Facebook Page that the chairman may seek Assylum. Talking to the party’s Deputy National Communication Secretary 3, Kejang Henry, revealed that all the allegations and insinuations about the Chairman are false. He further reiterated the statement of Ni John before he left for Europe that it was for medical control. Below are the screenshots of the fake assumptions.

Following the stabbing of a teacher, there was another post that the act was powered by the acts of the military. The author quoted a source from state media. however, a phone enquiry with a senior Journalist of the state media refuted the allegations. This is especially considered fake because if it had legitimacy, the source of the news would have most likely been the midday news on state media. The story would also have sparked debates and not just die down like a non-event but that has not been the case. Below is a link to the story: