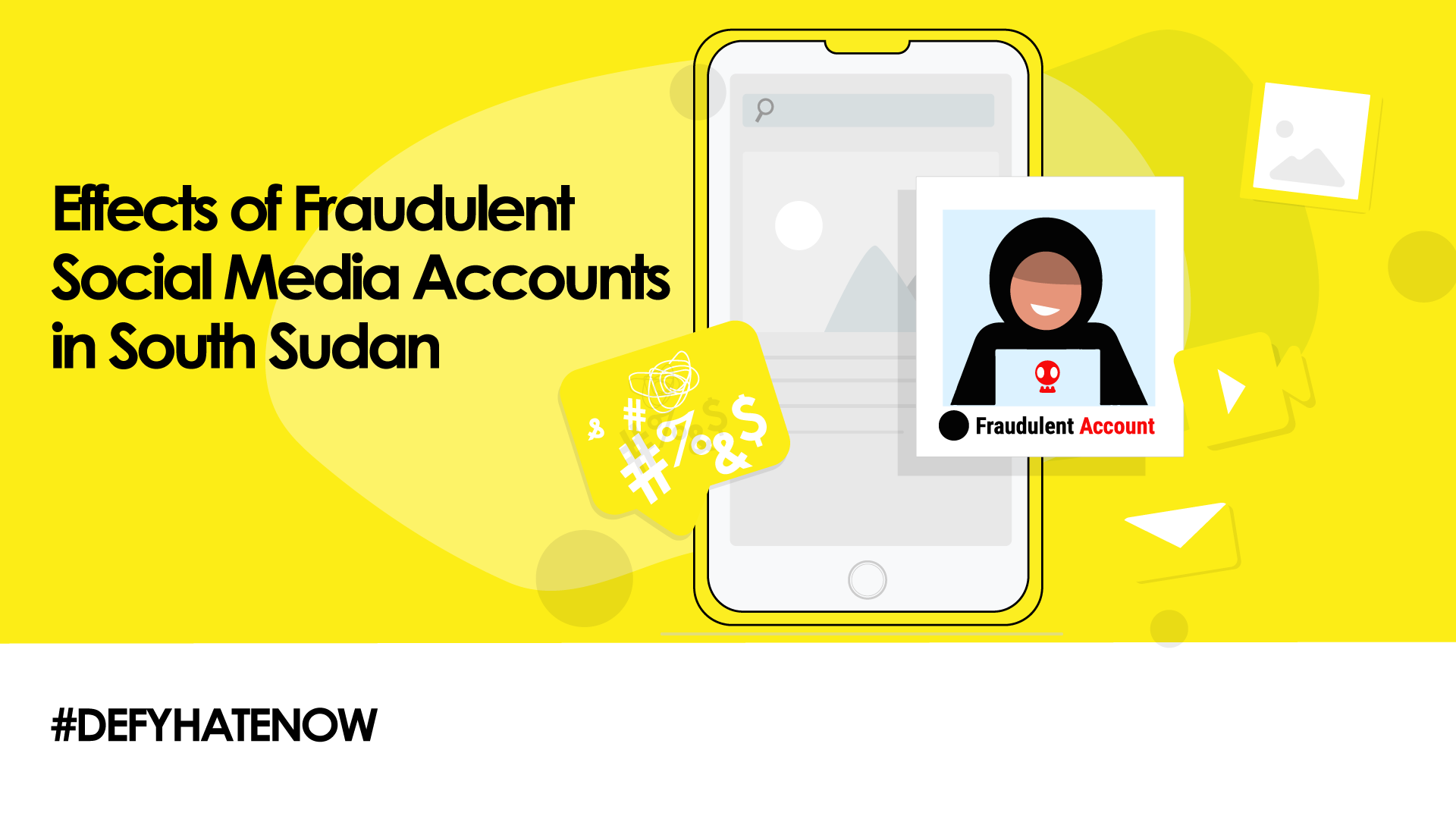 *David Madut  (not his real name), a Catholic priest in his fifties, was rudely shocked when his friends contacted him asking for their money back. “What money?”, he wondered. Little did he know that someone had opened a Facebook account using his credentials and was soliciting for funds from his new Facebook friends. Madut has extensive experience working with the Catholic Parishes in Northern Kordofan region in Sudan, and the Bahr el Ghazal in South Sudan, and has been an active Facebook user since 2016.

While he was away on a work mission in a remote area with little to no internet access, a man (who Madut confirmed is based in Uganda) opened a Facebook account, impersonating him. He was thorough; he set a profile picture similar to Madut’s, and sent friend requests to all  his friends. In addition, the impersonator downloaded all the photos that Madut had initially posted and reposted them to the fake account.

Shortly after, he started to borrow money from his new Facebook friends, claiming that he was sponsoring an orphanage in Uganda who were in dire need, and that he would pay back the money once he was back in the city.

“I only found out about the impersonator when people started to ask me for their money back via phone calls and WhatsApp messages,” Madut said during a phone conversation with a #DefyHateNow staff. He was confused about these allegations, given as  the village where he was working did not have internet, and he had not logged onto Facebook for almost three months. He followed up and found out that the people who had given money to the impersonator were the very same people that he had helped in the past, and were more than willing to return the favour. This was heartbreaking. #DefyHateNow asked him whether he had reported the issue to Facebook, to which he responded, “I did not report the case to Facebook, but I contacted the impersonator to find out why he did it.  He never responded, but he stopped posting on the page, and I forgave him.”

In South Sudan, fake accounts on social media have been used by  people to spread fake news, misinformation and hate speech and in some cases, to gain profit  in and out of South Sudan. #DefyHateNow is examining cases of individuals whose accounts have been duplicated and the effect it has had on them and the people they interact with.

Such mimicking can affect anyone with an online account, even the ordinary individuals. In a fact-checking story that #DefyHateNow published in August about an alleged arrest and torture of a RCM activist, the organization realized that two fake accounts had been created on Facebook, one week before the alleged claim was posted to justify the case, which further helped in the spread of misinformation.

Keeping in mind how easy it is to create fake accounts on social media platforms such as Twitter, Facebook and Instagram, and  with such basic requirements for one to generate an account, we have realized that fake accounts are created on a daily basis. Hence, #DefyHateNow advises the public to report fake accounts in order to reduce the spread hate speech and misinformation.

How to report fake accounts on different social media platforms

The Role of Peace Ambassadors in Cameroon
Scroll to top