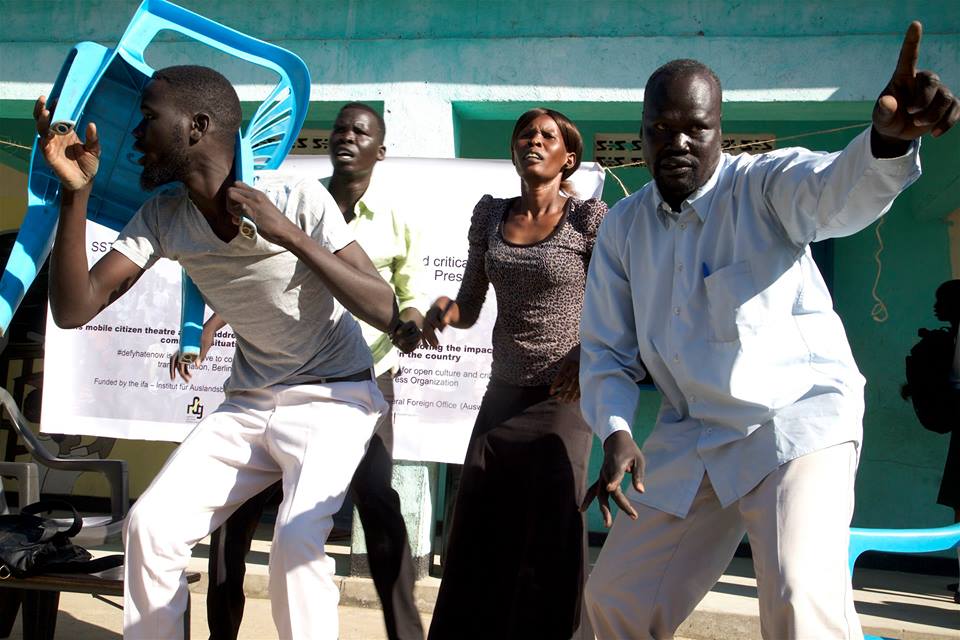 The video introduces #defyhatenow workshops, street theatre and dance performances in Juba, with voices from citizens of South Sudan concerning the impact of online hate speech and incitement to violence in their communities.

In November 2016, Adama Dieng, the UN Special Advisor on the Prevention of Genocide warned of the potential for genocide in South Sudan, noting how social media is contributing to the conflict. Report at UN Security Council on 17th November and Media Briefing by Mr. Adama Dieng on his visit to South Sudan.

#DefyHateNow is an urgent community peacebuilding, training and conflict reconciliation project that aims to strengthen the voices and support the actions of emergent & youth oriented civil society organizations in South Sudan.

#defyhatenow responds to South Sudan’s ongoing civil crisis by addressing the roles played by a wide range of social media users in exacerbating or helping to mitigate these issues, particularly since the eruption of conflicts on December 15, 2013 and July 2016. The initiative aims to raise awareness of and develop means to counter social media based hate speech, conflict rhetoric and directed online incitement to violence.

Use the power of social media to promote peace; bring friends and communities in South Sudan and around the world together.