Blog - Latest News
You are here: Home1 / #defyhatenow Focus Area2 / Policy and Leadership3 / “Strengthening the Peacebuilding Role and Protection of Women and... 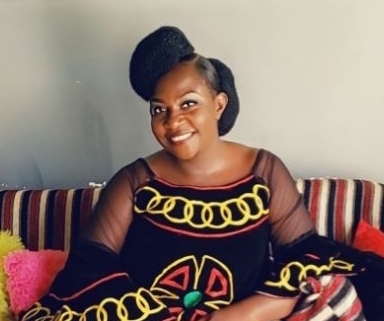 The second session for the exchanges on “Strengthening the Peacebuilding Role and Protection of Women and Girls in Conflicts in Africa” dwelled on the UN Security Council Resolution 1325 which was adopted 20 years ago on 31 October 2000. Together with a number of follow-up resolutions, it forms the agenda on Women, Peace and Security (WPS) a major legal basis for many important activities and projects.

This landmark resolution reaffirms the important role of women in the prevention and resolution of conflicts, peace negotiations, peacebuilding, peacekeeping, humanitarian response and in post-conflict reconstruction and stresses the importance of their equal participation and full involvement in all efforts for the maintenance and promotion of peace and security.

Discissions equally affirmed that the UNSCR 1325 affirms that peace and security efforts are more sustainable when women are equal partners in the prevention of violent conflict, the delivery of relief and recovery efforts and in the forging of lasting peace.

Participants were given the opportunity to host a session of approx. 90 minutes, during which they provided input on their experiences and concerns, and exchange opinions with interested participants in smaller groups. The main findings and recommendations of these sessions have been documented and will serve as a basis for a document, which the organizers are planning to distribute among political and civil society stakeholders, in particular the members of the Subcommittee on Civilian Crisis Prevention, Conflict Management and Integrated Action of the German Bundestag (Federal parliament) and the Federal Foreign Office.

Pedmia Shatu is attending these webinars as a partner to #DefyHateNow. She is motivated by fact that she has been a victim of uprising in her country Cameroon and she lost her dad who was a source for her family and they have never out gone that pain. So she feels that engaging in processes like this which strengthens her capacity as a young Peace Builder, will go a long way to motivate other girls and women dance to same Peace Jam which will further prevent potential conflicts and minimize the negative effects of conflicts.