Blog - Latest News
You are here: Home1 / Social Media2 / Online Misinformation and the Digital Divide between Alternative and Mainstream...

As mainstream media struggles to strengthen its social media engagement online, the alternative media has already captured the interplanetary with most of its unverified and unchecked content widely consumed by the users.

According to South Sudanese, not all the content shared by alternative media carries positive information but some content contains numerous hate-related information that they say harm them.

Last year, South Sudan State of Social Media, a one-year research conducted by Defyhatenow showed that the number of followings and influence by alternative media online triples that of the mainstream media.

But for alternative media’s segment that featured ten prominent media houses such as Hot in Juba, Juba Eye, South Sudan Bro, among others. Their year Facebook interactions were at 4.78 million – a data that triples that of the mainstream media.

The general revelation of the research that Defyhatenow conducted in collaboration with Facebook Crowd Tangle Intelligence discovered that the alternative media had the lion share of the attention of the masses on social media. 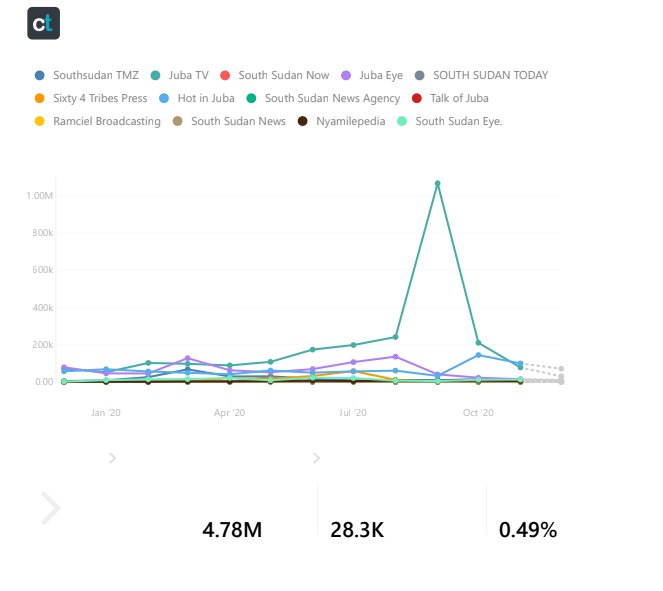 When asked by 211 Check about his social media routine, Abraham Mawut, an International Relations bachelor’s degree graduate who is also a captain in the army admits that many online users prefer alternative media because it acts as their avenue for freedom of expression.

“However, the bad thing with information shared by alternative media is, it can harm people because it’s not properly checked. Someone can just wake up and write material which comes out from his head without analyzing it, which can cause conflict” said Mawut.

For her part, Emmanuela De-Alaaj, a second-year geology student at the University of Juba says she follows alternative media because it reflects what happens in her daily life.

“The reason why I am a great fan of alternative media is, its content is always interesting and it has immediate feedback compared to the mainstream. However, some content on alternative media makes me feel back at times. One scenario was when my tribe was attacked on Facebook, I really felt back.

“As a youth, I don’t listen to radio but I am very active on Instagram, Facebook and Twitter, this is because they are entertaining. Do you know I am now 12 years on Facebook? For us to be able to follow mainstream media is when they improved the content and approach. They need to engage us using their social media platforms with controversial stories.

Meanwhile, Mabiei Daniel Deng, a resident of Juba Jebel suburb stated that he follows alternative media because it touches personalities.

“Alternative media focuses on the news the mainstream doesn’t want to touch. And people like information that touches personalities, for example, the Kur Ajiing fight in Dubai story, that is a story that Eye Radio or Miraya Fm cannot touch but alternative media like Hot in Juba will expose it.

“In addition, information on the mainstream is at times filtered so much, very important information we the people want like exposing corrupt officials is not always provided. Though, the good part about mainstream media is, its content doesn’t carry so much hate or misinformation compared to alternative” said Daniel.

Speaking During the HateFreeSouthSudan workshop organized by DefyHateNow in Juba on Monday, Manyang David Mayar – director of Voice of Reconciliation – a community radio based in Jonglei State Capital Bor stated that alternative media shared controversial content that young people enjoy.

For his part, James Mangok, the managing editor of State-Run TV – South Sudan Broadcasting Corporation claimed that the mainstream media easily falls victim whenever they follow up sensitive stories.

“Alternative media cannot easily be held accountable when they run controversial information, hence you find them not following journalistic ethics or guidelines. 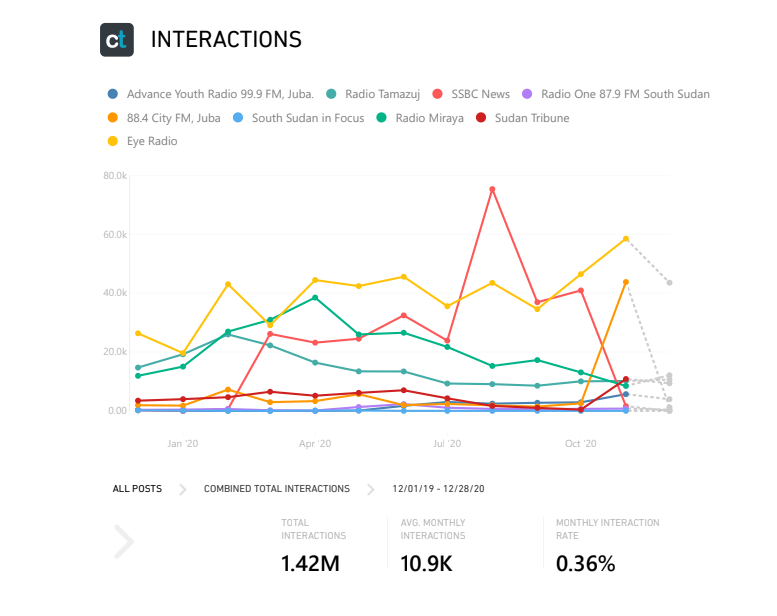 “Furthermore, the mainstream finds itself restricted as there is certain content they cannot share. These types of provocative content then find a home on social media where it is unregulated and its seeker can easily find it” said Magok.

“We can’t compare ourselves with alternative media because they are not ethical. Secondly, they like sensational news that is not verified. When they report that news, they create their market and audience as well.

“Their fastness in sending information is a challenge to us the mainstream media. And thus, the future looks dark because many people don’t care these days with the consumption of information which is always not verified” said Koang