Blog - Latest News
You are here: Home1 / Cameroon2 / The Role of Peace Ambassadors in Cameroon 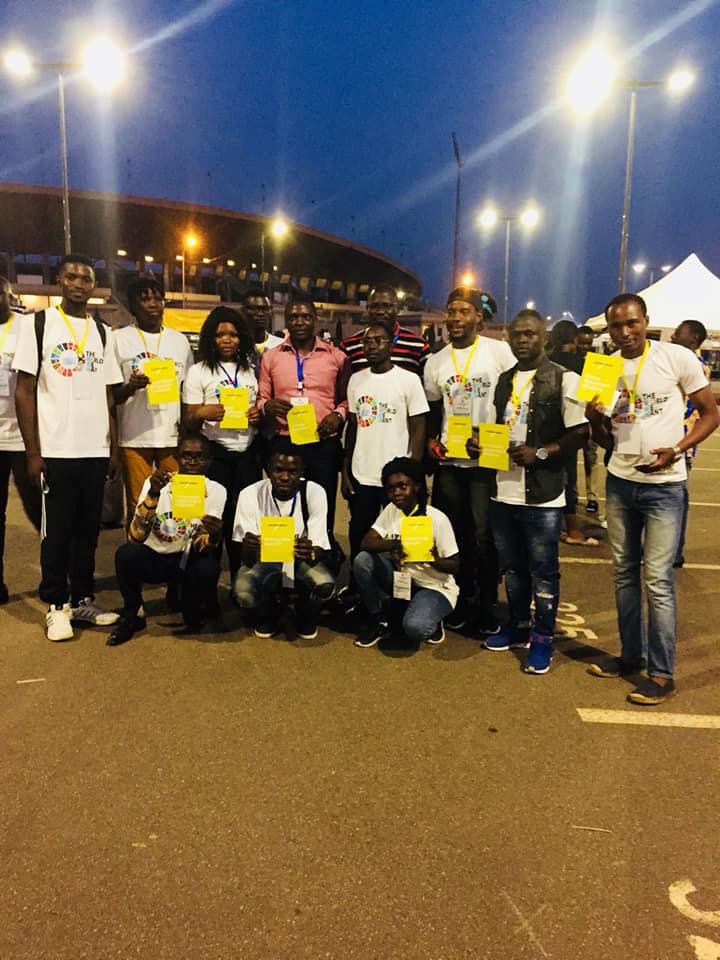 An article by Salma Amadore

On December 05, 2019, the esplanade of the Omnisport Stadium in Yaoundé welcomed many young people who had come to discover the meaning behind the phrase “an ambassador of peace.”

On the initiative of the UNESCO Cameroon office in conjunction with #DefyHateNow, a two-day event on the role of peace ambassadors in Cameroon was held. To kick off the event, UNESCO’s representative, Mr Ndih Hugue, opened with an activity which was aimed at sensitizing the participants on how everyday situations, even those online, can easily turn into conflict and how these conflicts can be resolved peacefully. #DefyHateNow’s project coordinator for Cameroon, Mr Desmond Ngala, also took time to talk to the participants about the use of their social media networks. Nearly a hundred young people shared their preferred choices of social media networks as well as their experiences.

The discussion on social media uses uncovered that a majority of the youth use social media to stay in touch with their friends and family while others use it so that they are not left out of the social media trend. The general idea on social media use was that the various platforms have given their users the freedom to express how they feel. For the users who are especially shy, social media has empowered them to become assertive and be more open to others. Unfortunately, this has also led to an increase in hate speech and misinformation.

The prevalence of hate speech spread online has, in turn, elicited varying responses from Cameroonians. For example, Benjamin, one of the participants stated that “if the hate continues, the first guilty party will have to be the Cameroonian State for its failure to regulate the use of the social media in the country.” Others like Rabecca feel like “It’s cowards who make hate statements on social media networks because, in real life, they cannot do it” and therefore do not necessarily blame the government.

The event also witnessed various members of the public share various experiences with hate speech and tribalism. The general consensus was that “it is time to stand up and do something”. To that end, another participant, Ms Salamatou Blanche, shared some good questions that every individual can ask themselves when in contact with new information on social media networks. She shared various tips available on the #ThinkB4UClick campaign guide which were discussed so as to come up with recommendations on how hate speech and misinformation can be combated. The participants were therefore tasked to formulate five commandments of the peace ambassador online and the following were adopted:

The event was closed with the question-and-answer session which demonstrated that people’s curiosity on the subject of hate speech had been awakened.