Blog - Latest News
You are here: Home1 / #defyhatenow Focus Area2 / Policy and Leadership3 / The role of sport in uniting voices and creating avenues for positive ... 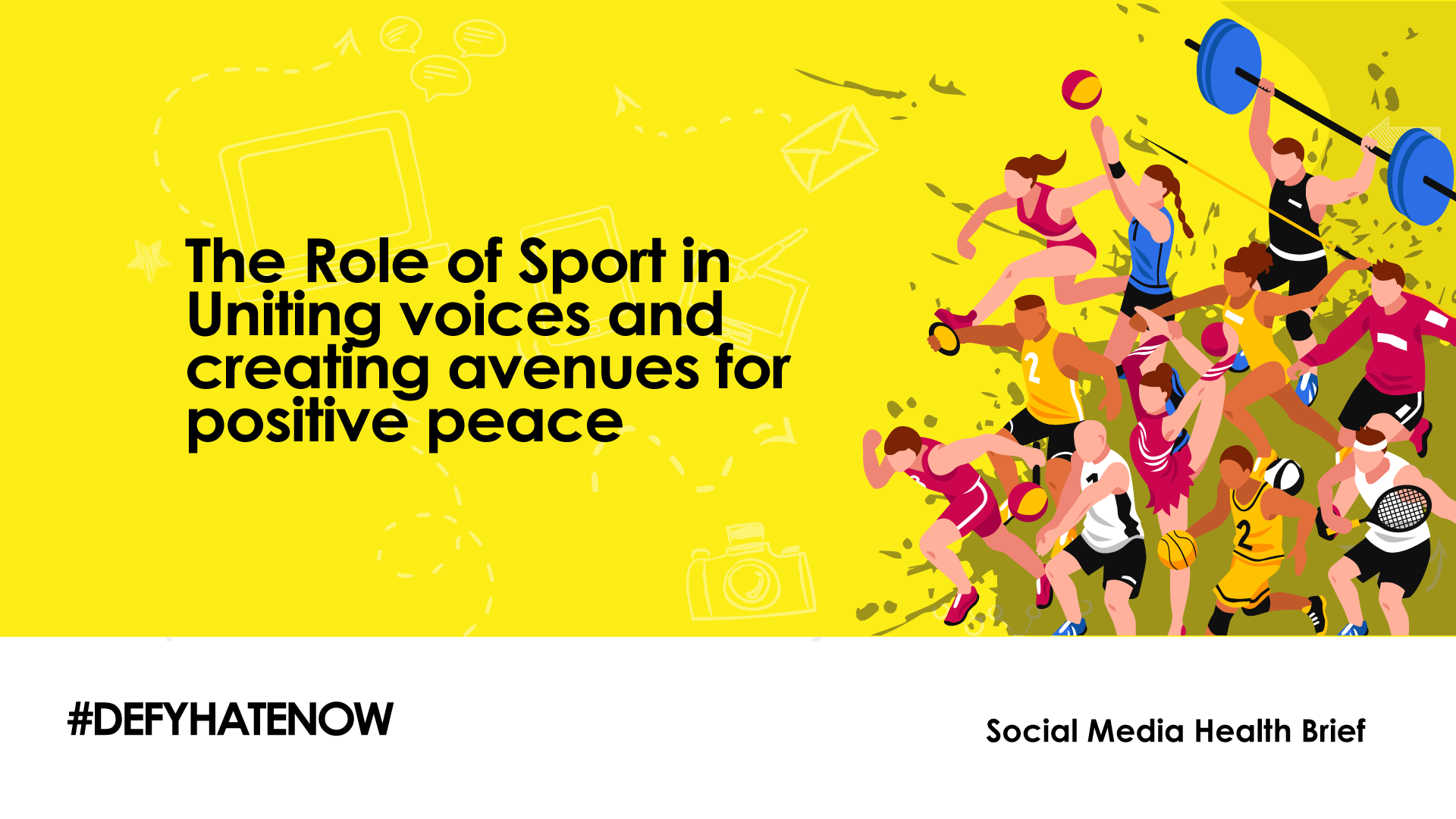 According to an article by the Sport and Development organisation, “at the grassroots or community level, sport can be seen to provide a useful way of creating an environment in which people can come together to: work towards the same goal, show respect for others and share space and equipment. All these aspects are crucial to peace-building processes. ” Through sports, the collective experience that all participating groups are a part of can help in forging long-lasting and peaceful relationships between individuals. Participation in sports is one of the sure ways that people have learnt to put aside their differences in the pursuit of a common agenda.

For South Sudan, the potential for sports in bringing unity among people has never been more evident than it was this previous weekend. On Saturday, January 18th, South Sudan’s national basketball team battled the Kenyan Morans in the FIBA Afro basketball pre-qualifiers game. Although the South Sudan basketball team narrowly lost to their Kenyan counterparts, the sentiment of unity is what has stayed with South Sudanese as opposed to the brunt of the loss. Regardless of people’s differences in beliefs and positions on the political side of things, South Sudanese managed to come together and support the team in a show of solidarity and unity that is possible for South Sudan. The impact that the basketball team had in uniting South Sudanese was also expressed in some of the tweets that have followed the match as it can be seen below:

Overall, the social media posts that continue to trickle in from across social media platforms have been positive, show support and the desire for continued integration and peacebuilding in South Sudan. This trend demonstrates how powerful sports can be as a tool for uniting voices and achieving peace in South Sudan.

The state of Digital Rights in Cameroon
Scroll to top