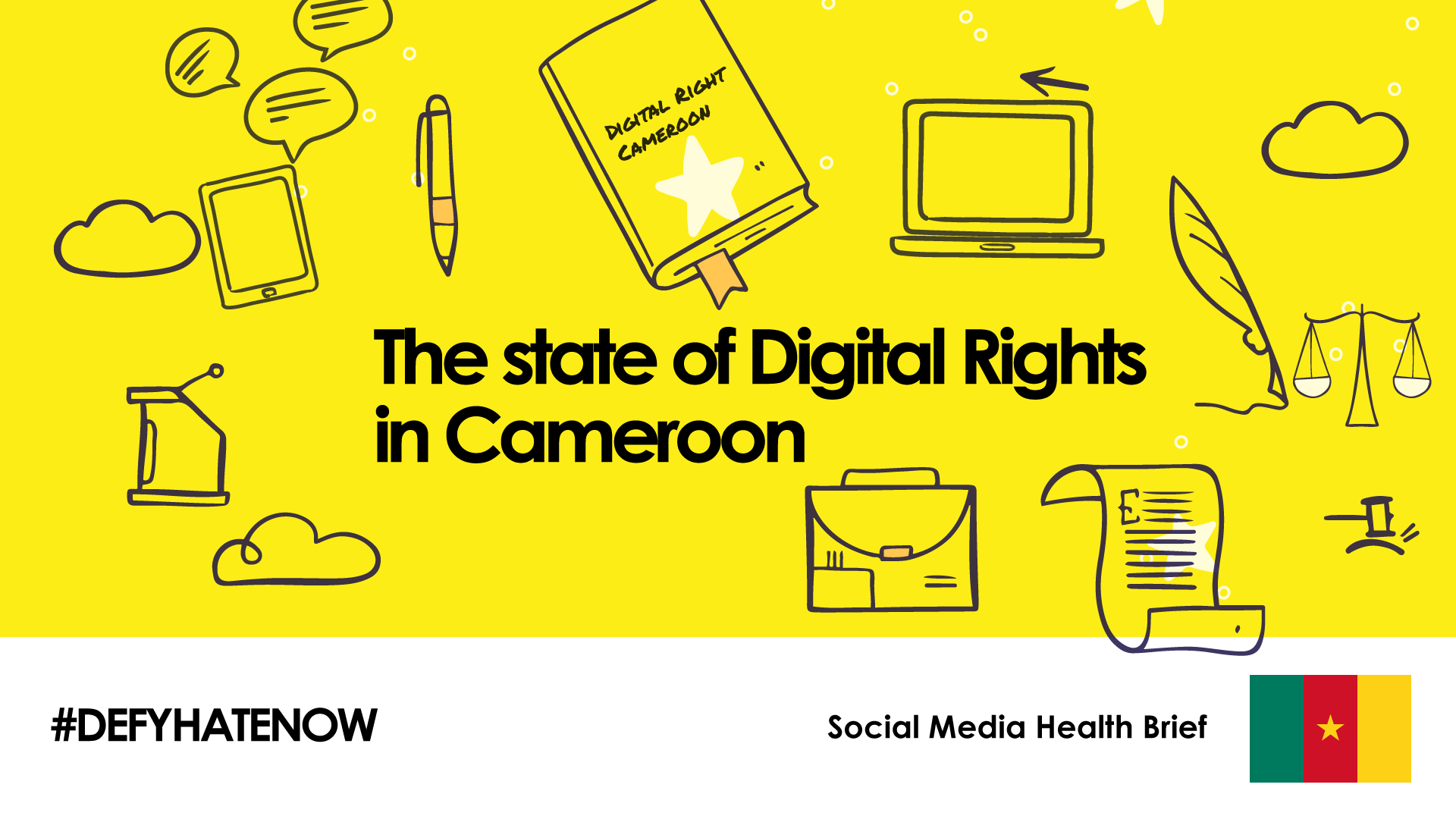 The Information and Communications Technology (ICT) sector in Cameroon over the years has undergone an evolution. Currently, it includes big service providers such as MTN, Orange, Nextel and CAMTEL which provide internet services to their users. Cameroon’s digital landscape took a positive shift in May 2016 of the National ICT Strategic Plan 2020, which recognized the digital economy as a driver for development. According to CIPESA’s overview of Cameroon’s digital landscape, the country has registered increased investments in telecommunication and ICT infrastructure, including an extension of the national optical fibre backbone to about 12,000 km, connecting 209 of the country’s 360 sub-divisions. Cameroon has also witnessed growing numbers of internet users which were estimated at around 4,909,178 in 2017, representing 20% of the total population.

Not surprisingly, there have been incidents that might initiate the need for a digital rights law in Cameroon. For instance, the English Regions of Cameroon hit by the ongoing crisis have witnessed 2 internet disruptions which government has blamed on the rising tension, fake news, incitement to violence, and propaganda preached by Cameroonians at home and in the Diaspora. The internet disruptions which lasted over 90 days and cost the state millions were widely condemned by the international community as a gross violation of the digital/human rights of internet users. As a case in point, this in part shows the state of digital rights in Cameroon.

Hacking: Avatars a threat to social media in Cameroon
Scroll to top