Blog - Latest News
You are here: Home1 / Social Media2 / Tribalism: How Big of a Role Does It Play When It Comes To Hate Speech... 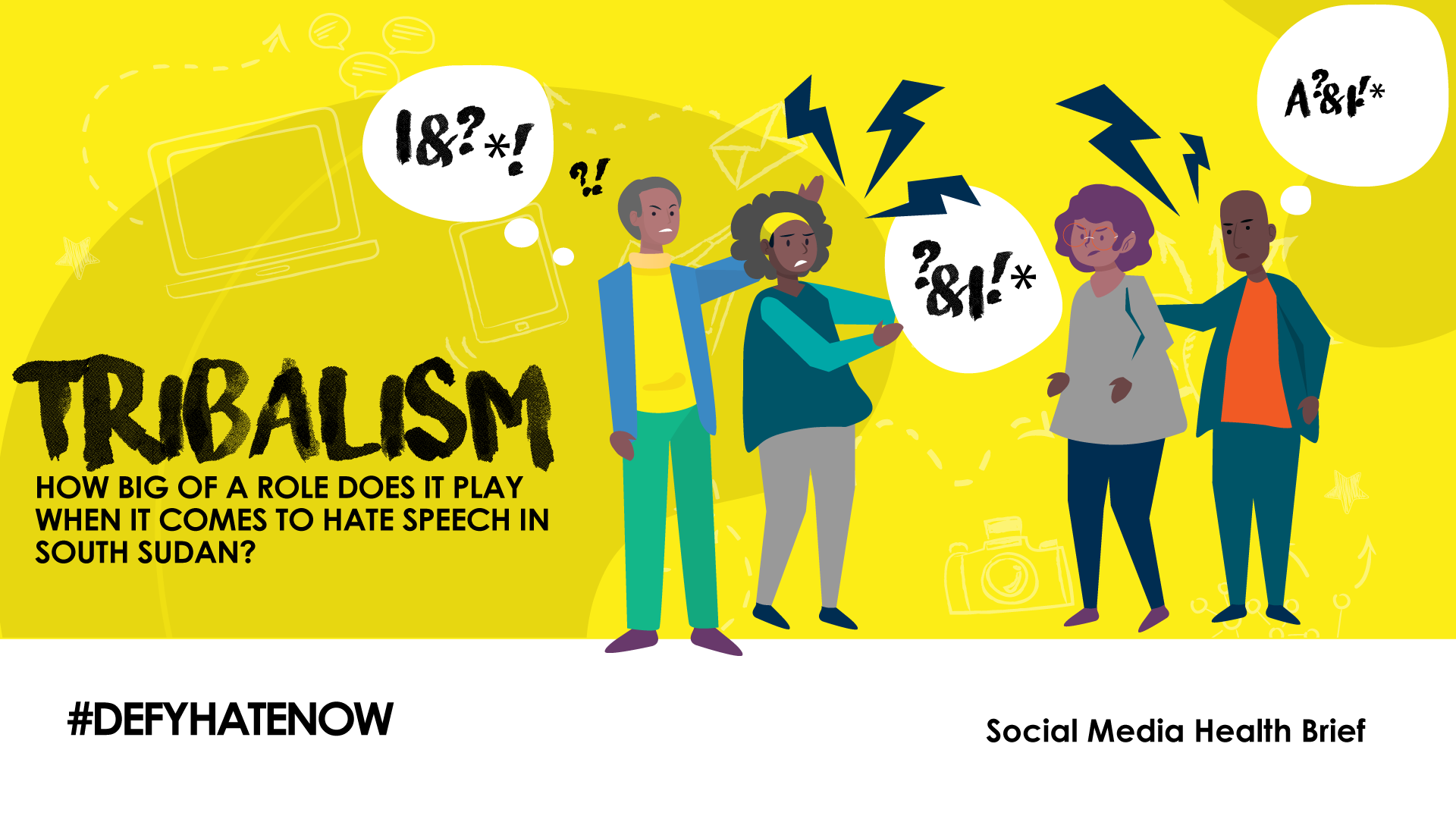 Africa’s youngest nation boasts of 64 tribes even though some might only be familiar with the major ones such as the Dinka and Nuer. Just like most other African countries, time and again, South Sudan succumbs to instances of tribalism. It is not uncommon to hear of individuals or groups undergoing certain treatment as a result of ethnic differences between them and their fellow South Sudanese. Sadly, when it comes to hate speech, tribalism cannot be excluded as a factor which works in favour of propagating the former. But how pronounced is the role that tribalism has played (and continues to do so) in enhancing hate speech in South Sudan?

Tribalism has the power to create divisions between people that do not share a common identity based on tribe. These divisions, in turn, can create room for individuals to target others using hate speech on the basis of their respective ethnic origins. In the case of South Sudan, a nation that has experienced unrest as a result of the conflict, hate speech and ethnic tensions has, in some instances, been propelled forward under the guise of commentary on national issues affecting South Sudan. In addition, negative stereotypes assigned to tribes have made the spread of ethnic-inspired hate speech towards certain individuals or groups effortless especially on social media in a cycle that can only be broken by cementing the existing ethnic divides. This task would, however, require South Sudanese to be willing to put aside their ethnic biases from the personal level.

#DefyHateNow take of the week: The aspects of tribalism and hate speech are intertwined and go hand in hand in that the presence of the former necessitates the likelihood of the latter. As long as South Sudanese remain tribal, hate speech will always show its ugly face from time to time. Among other things, this can be remedied if South Sudanese consider one another as one big South Sudanese tribe in order to minimise the biases that emerge by virtue of belonging to a certain tribe and not the other. The result would hopefully be the suppression of ethnic fuelled hate speech.

Common Digital Platforms in Cameroon and their usage
Scroll to top