The first chapter, social media and conflict, provides a working definition of hate speech as “speech marked by hatred of someone else because of their membership in a group” Hate speech has always existed. Still, its ever-growing impact fueled by digital communication can be devastating for the specific individuals and groups targeted and for society.

This chapter looks at how hate speech is turned into dangerous speech by adding a call to action.  According to the Dangerous Speech Project, dangerous speech is described as any form of expression (speech, text, or images) that can increase the risk that its audience will condone or commit violence against members of another group. 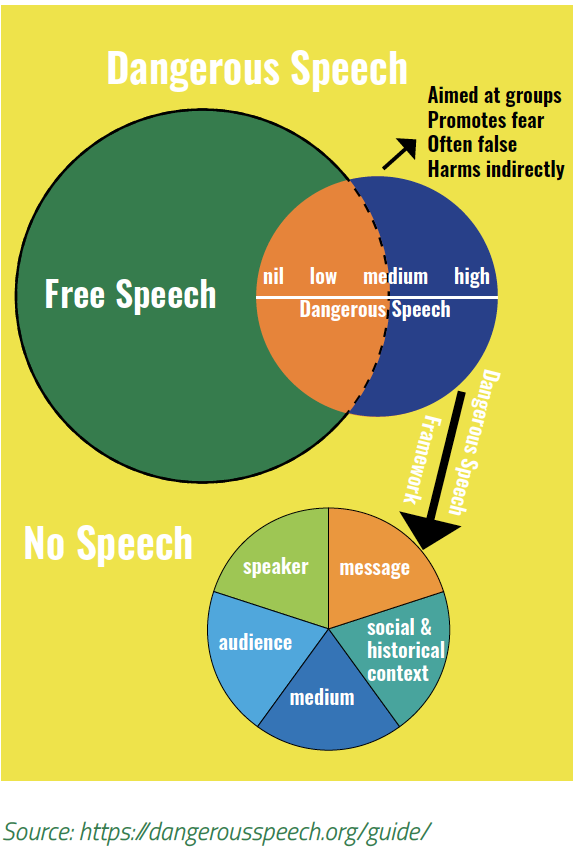 Governments have been trying to combat hate speech by passing hate speech laws.  The Cameroon hate speech law passed on 24 December 2019, an amendment of Law No. 2016/7 of 12 July 2016 relating to the Penal Code for hate speech is explained and discussed. Hate speech legislation in some contexts may be viewed as an efficient and appropriate means to prevent harm emanating from hate speech and dangerous speech. Still, it has limitations, such as excess power restricting freedom of expression and media freedoms. This chapter also identifies the groups that are more often the target of hate speech, including tribal groups – most violence and atrocities in Cameroon today are based on tribal conflicts – women and the LGBTQ+ community.