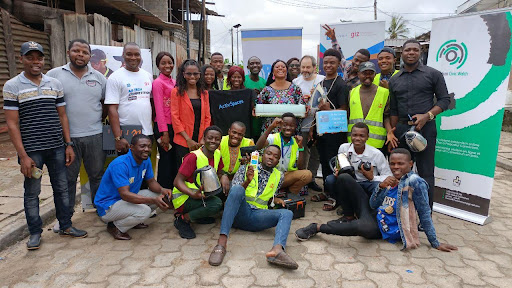 Learning and making, Soldering, measuring voltage, clipping wires, calculating resistance, sketching concepts,  checking circuits and building ideas are the possibilities that this open technology emergency case offers to trainers and learners alike. ASKotec – Access to Skills and Knowledge: open tech emergency case is a kit that contains over 50 tools, elements and material-sets offering Cameroonians the possibility to learn about electronics, mechanics, robotics, software and hardware development. As an open source initiative, #Askotec promotes the teaching of technical skills to local trainers who share the knowledge in their communities benefiting a wide range of young men, women and displaced persons living within and outside crisis zones.

This year, #defyhatenow through her implementing Association Civic Watch set out to equip children and youths, permitting them acquire additional skills in hardware technology during this summer holidays. Skilling youths between the ages 11 and 29 to access opportunities that come with integrating the mastery of technology in their lives and to guide them in applying their knowledge toward solving the challenges in their environments and communities more effectively, efficiently, and innovatively. The Access to Skills and Knowledge #defyhatenow-hacker camp was set up to be very practical; combining theory with hands-on exercises to allow the kids apply the knowledge acquired to case study scenarios. In addition we bring on board mentors and field/career experts in various domains to better expose the future dynamics of their hopes in STEAM.

During this three months session, our seasoned trainers; Desmond Mankefor and Antoine Ringnyu engaged youths from two active urban areas; Yaounde and Douala in the creation of mini projects and the repair of household electronic equipment. In Yaounde, we had two workshops with EduClick, an Association out to develop alternative learning methods for children and youths who cannot attend formal education, the project relies much on information technology and technological innovations. At the two sessions we had with them, focus was made on the open source hardware, the participants grouped into four had to device strategies on how to think of and create a mini projects, where we saw the first group as the Idea bar, the second group to get materials to use for the project, the third group to control the materials to use and the last group to mount and test the project. The participants were very active, smart and interactive. It is worth noting that these participants were made up just of young dynamic girls who have the passion and desire to know more about technology. Before the training session debuted, they were drilled to understand and master the content of the box and how to use each.  At the two time session with the PCC Bastos congregation youths at their GrowLic Summer Camp activities, we had the opportunity to train and equip the youths on the creation of bulbs, solar lamps and solar chargers. We also integrated the responsible consumption of the internet especially social media use in the current Cameroon context to better inform the youths on the dangers of hate speech and how to protect themselves online and offline for a #HateFreeCameroon.

Meanwhile in Douala during the hacker camp repair cafe organised in partnership with Active spaces and Johnson Ebigwe Prodcution, the event brought about 30 youths both IDPs and youths of the Peace Watch NGO all based in the Littoral region. The event had 3 main trainers; Ndum Vianney, Kepfed Dumo Besmer and Yeh Isa Nchandome. They were divided into three working groups; each group had its trainer to help them realize a project for the day. The group led by Yeh Isa Nchandome was in charge of repairing a boiler, Ndum Vianney’s group was in charge of repairing a radio, boiler, distributor and an iron box. The last group led by Kepfed Dumo Besmer, was in charge of printing out a design on a T-shirt. At the end of the session all targets set were attained and participants were glad to leave the training hall transformed as they had learned new skills to help them become autonomous.

The #ASKotec kit developed to skill and empower trainees to become autonomous and self employed with skills to repair and fix electronic appliances, was designed for people living in low infrastructure regions, including persons from remote areas where access to information and training is extremely limited.

How to participate in the #Peacejam 2022
Scroll to top