#defyhatenow Cameroon engages internet users at home and abroad on advocating for safe teaching/learning environment in our schools, especially in crisis hit North West & South West Regions of the Country but also in the North and Far North Regions! In her drive for safe spaces in schools, #defyhatenow Cameroon has launched an online/offline campaign dubbed: #PenNotGun to mark the 56th Edition of the National Youth Day in Cameroon.

Armed conflicts have affected pupils, students and the teaching and learning process in Conflict hit regions in Cameroon. Students, teachers and school infrastructure has consonantly been attacked with warring factions and the civilian population suffering casualties.  A direct impact of the crisis has been an unaccountable loss of lives, both on the separatist and military sides, with civilian casualties included; destruction of properties through mass burnings, kidnappings, looting and displacement of persons in their thousands.

In the North West and South West Regions where Separatist fighters have been engaging government forces since 2017, attacks on schools and students including school administrators rapidly became very rampant. In a pattern that oscillated between civil disobedience through ghost towns into a clamp down on education, there has been calls for education not to be attacked. One of the main tools initially used by the separatist protagonists was the close of schools in the North West and South West Regions, which many considered as “shooting one’s self in the foot”. The decision seen as counterproductive was further compounded by attacks on schools infrastructure and authorities who went contrary to the decision; with an estimated 850 000 children out of school since the start of the crisis according to Human Rights Watch Report 2021.

In the North and Far North Regions hit by the Boko Haram Insurgency, cases of young people being lured into violence were also reported. Although de-radicalisation efforts actively being used, sporadic attacks speak volumes of violence perpetrated by predominantly young fighters with the insurgency Boko Haram.

Though school gates and classrooms have gradually reopened in most communities, the safety of children, teachers and school administration is still a major call for concern in some communities. Scores of teachers were kidnapped, others including pupils killed in 2021, with their only crime being the quest for education.

It is light of the above that #defyhatenow calls on the use of pens to find solutions to problems plaguing our communities, and not use guns. Education and not Violence!

The overall objective is to stress the importance of education, a cornerstone to development; raise awareness on the negative impacts of violence education, especially for future generations.  #defyhatenow and its partner Civic Watch are resolute in mobilising online/offline community action to jointly call for the drop of weapons (guns) and immediate end to attacks on students, teachers and school administration.

To join us, kindly share your photo with us inbox via our social media handles or Whatsapp, and we shall design you the #PenNotGun photo frame in English and French.  You can then share, with a personalised message on your timeline; using any of the following hashtags: #PenNotGun #defyhatenow #HateFreeCameroon #NoToViolenceInSchools #Education4ALL…

Our greatest hope is to see school environment void of violence caused by arms this 2021-2022 academic year. We also call on warring parties to seek dialogue channels towards resolving their differences, preserves #Education, safe the lives of children and those who have taken up the responsibility to mould the minds of our future leaders. Education is a fundamental human right! Education is life! Let us preserve our future! 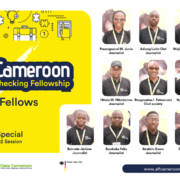 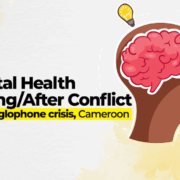 In Search of Home – My Refugee Story 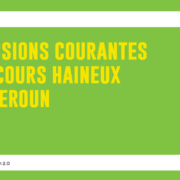 “We are ambitious” : An interview with Kendi Gikunda, #defyhatenow Education...